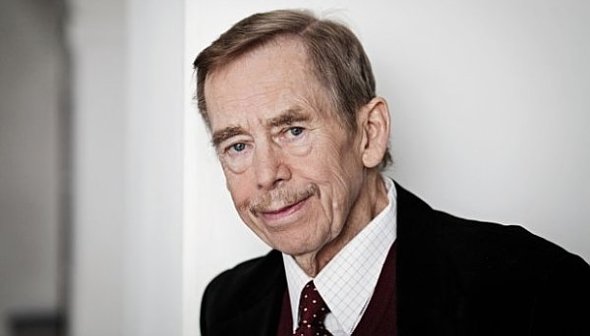 From Vaclav Havel, Office of Vaclav Havel:  At the signing of the Washington Treaty, the fundamental document of the North Atlantic Alliance, President Truman said that if this document had existed earlier it could have prevented two World Wars.

The Alliance has been in existence for fifty years now and it is beyond all doubt that this association of Western democracies, founded on solidarity, has contributed to the fact that there has been no new world war during this period.

The fact that a former powerful strategic adversary has disappeared from the scene does not, however, mean that in the world of today human lives, human rights, human dignity and the freedom of nations are no longer in danger. They are, unfortunately, still being threatened, and collective defence of the democratic states of the Euro-Atlantic sphere of civilization, therefore, still remains a valid concept. It is merely necessary to identify all the new types of dangers and to learn to effectively resist them. It is my hope that this meeting will help us to advance in this direction, and will thus add strength to the idea of an equitable peace, that is, peace founded not on a violation of humanity but, on the contrary, on respect for human rights and liberties.

To my country, this is one of the most important moments in its long and dramatic history. For the first time ever, it is becoming part of a great security alliance which is based on the equality of its members, solidarity amongst them and a shared determination to defend their shared values.

On behalf of the Czech Republic, I hereby declare that we are conscious not only of the assurances we have received with this affiliation but also of the responsibilities which it entails.

I thank all the earlier members for their decision to open the Alliance. I do so not only as a representative of my country and as a European, but also as an inhabitant of this planet who desires that there be peace among the people, as well as within their souls; and, who has understood that such peace can hardly be attained without the readiness to defend it against the forces of evil.

Address given by Václav Havel, the President of the Czech Republic, at the Commemorative Event of NATO’s 50th Anniversary, Washington D.C., April 23,1999.  (photo: Český rozhlas)