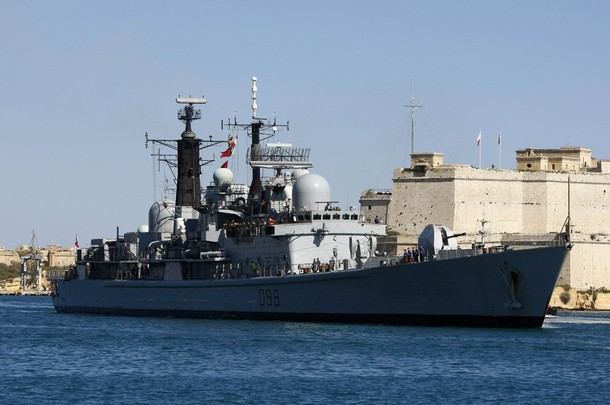 From Danica Kirka, AP:  The head of the Royal Navy warned Monday that the British fleet off Libya will be unable to maintain its scale of operations without cutbacks elsewhere if the mission drags on until the end of the year.

Adm. Mark Stanhope said in a briefing that he was comfortable with NATO’s decision to extend the Libya operation to the end of September. Beyond that, he said, the government would need to make "challenging decisions."

"If we do it longer than six months we will have to reprioritize forces," he said.

Meanwhile, a senior NATO official said that if the alliance’s intervention in Libya’s civil war continues, the issue of resources will become "critical."

Gen. Stephane Abrial, Supreme Allied Commander Transformation, told reporters during a NATO conference in Serbia that "at this stage the forces engaged do have the means necessary to conduct the operation."

But he noted that "if the operation were to last long, of course, the resource issue will become critical."

From James Kirkup, the Telegraph:  General Sir David Richards has slapped down the head of the Navy over claims that British military intervention in Libya is unsustainable.

Gen Richards, the head of the armed forces, said that the military could "sustain this operation as long as we choose to".

Speaking about the comments of Admiral Sir Mark Stanhope, he told BBC News: "He was actually answering a different question that has been misconstrued, but we can sustain this operation as long as we choose to. I am absolutely clear on that."

Adml Sir Mark Stanhope had said the campaign would have been more effective without the Government’s defence cuts.

The aircraft carrier and the Harrier jump-jets scrapped under last year’s strategic defence review would have made the mission more effective, faster and cheaper, he said.

Sir Mark warned that the Navy would not be able to sustain its operations in Libya for another three months without making cuts elsewhere. (photo: Reuters)