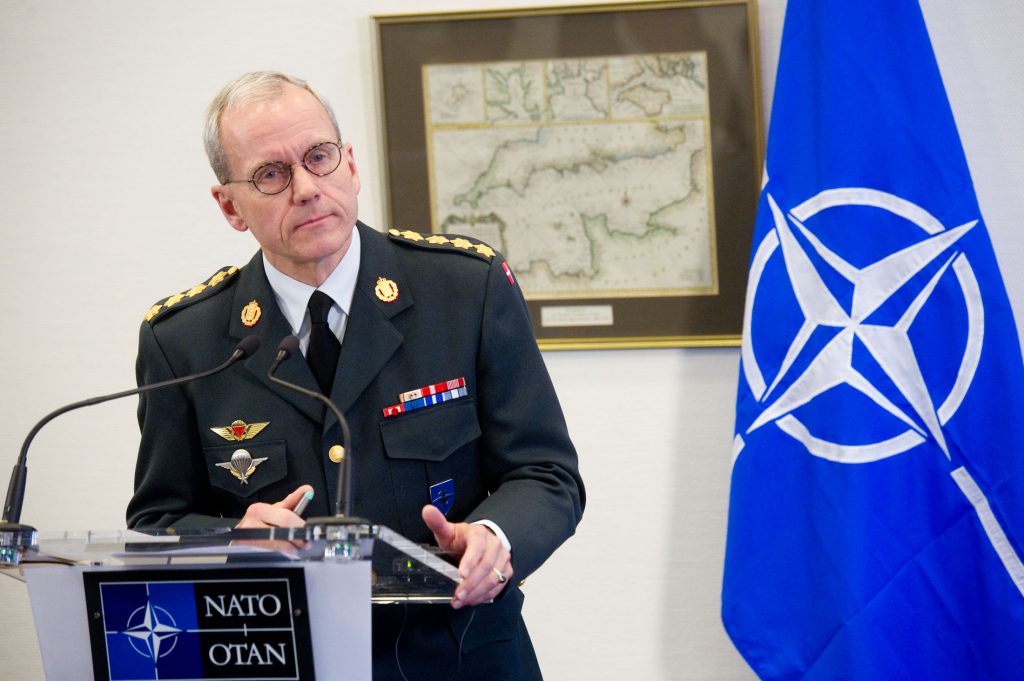 On a two-day visit to Iceland, General Knud Bartels, Chairman of NATO’s Military Committee, highlighted Iceland’s commitment to supporting NATO Air Surveillance missions and recognized its important role in promoting coast guard cooperation in the Arctic. Meeting the Icelandic Minister for Foreign Affairs Gunnar Bragi Sveinsson, General Knud Bartels commended Iceland for its substantial support to the deployed aircrafts performing NATO Air Surveillance missions. “The training they conduct benefits the Allies who take part and boost interoperability. It benefits Iceland. And it is a visible expression of NATO’s commitment to Iceland’s security,” the General stressed.

Also on the agenda, they exchanged views on the future of the Alliance, the Middle East, cyber-security and security in the Arctic. Discussing ongoing operations, General Bartels thanked Iceland for the active participation in civilian projects, including NATO‘s operations in Kosovo and Afghanistan. “With its unique contribution, Iceland brings invaluable expertise and experience to NATO missions and operations, enriching the Alliance” the General emphasized.

He also met with the Foreign Affairs Committee of the Parliament and visited the Icelandic Coast Guard, where he acknowledged the key role played by Iceland in promoting maritime cooperation between navies and coast guards, thus enhancing situational awareness. “I appreciate the effort made by the Icelandic government in the area of maritime surveillance and I was impressed about the new Joint Operations Center. It is a good example of maritime cooperation for the members and partners of the Alliance which have interest in the Arctic,” Bartels commented.