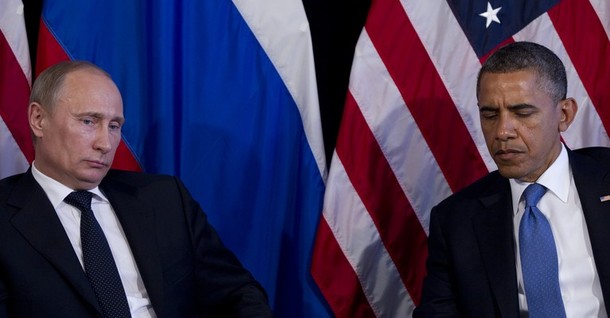 From Michael Ignatieff, New York Review of Books:  Syria is the moment in which the West should see that the world has truly broken into two. A loose alliance of struggling capitalist democracies now finds itself face to face with two authoritarian despotisms—Russia and China—something new in the annals of political science: kleptocracies that mix the market economy and the police state. These regimes will support tyrannies like Syria wherever it is in their interest to do so. . . .

What makes Syria a hinge-moment is that Russia and China are proving that they have no strategic interest in transitions beyond dictatorship, not just in Syria but anywhere else. Both Russia and China see Syria not through the prism of international peace and security or human rights, but through the logic of their own despotism. For Putin, Syria is Chechnya; for China it is Tibet. They understand Assad perfectly. He is doing what they have done many times and they want the world to understand that they will support any dictator facing similar challenges. . . .

Syria marks the end of these illusions and the post-Cold War period that went with them. A vast swathe of the globe, from the Russian border to the Pacific, including the tributary states of the Russian near-abroad, is now in the hands of venal, ruthless, deeply corrupt, single-party elites. These elites—Russian and Chinese—will draw closer together, as they understand that they have made the same strategic choice. Both are using capitalism to consolidate political despotism. They both see the world as a battle between elites like themselves with unlimited power and Western elites whose power is limited by democratic liberty.

When they look at the world this way, the Russian and Chinese regimes mock our view of history. They believe history is on their side. The economic crisis now entering its fifth year confirms their view that democracies are divided, incompetent, venal, hypocritical, and above all, weak. As Putin himself said in a speech in Moscow on July 9, our economic malaise is “weakening the dominant role of the so-called historical West.” Where the US and the West intervene, as in Iraq or Afghanistan, and try to impose what Putin called “missile-bomb diplomacy” we do not stay the course, and where we fail to back words with actions, as in Syria, we confirm the Russian and Chinese instinct that we are weak. . . .

We need to understand this new division of the world and act accordingly. It is not a new Cold War. There is no competing ideology—not yet—to provide Putin and the Chinese leadership with an expansionary strategy. They are not yet our enemies, since they have no design to upset the existing order of states and alliances. But they are adversaries, with interests opposed to ours. To assume that they could ever be allies with us on Syria was not just Annan’s mistake. It was a general delusion from which we all need to awake.

Russia and China’s defense of dictators casts itself in the language of international law, but neither cares about Bashar al Assad or his sovereignty. When the flames of Syrian popular anger eventually engulf his Damascus palace, they will cut their losses and move on. But they have put down a marker. This is not your world, they want us to know, and history is not moving in your direction. You will have to reckon with us. We shall indeed.  (photo: AP)  (via Real Clear World)