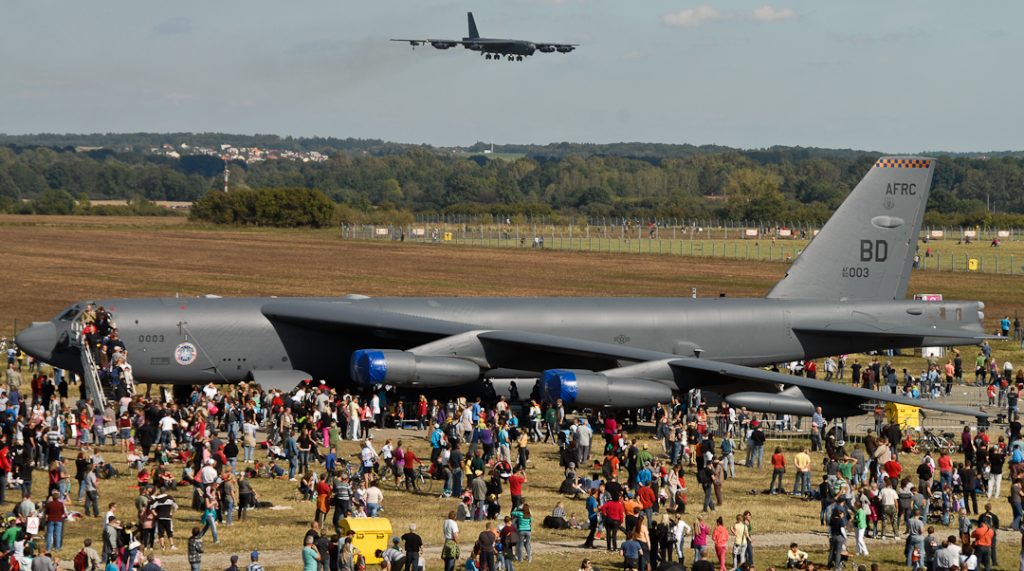 More than 200,000 people took part in the 12th annual NATO and the Czech Air Force Days in Ostrava, the Czech Republic, on 22 and 23 September.

The public was invited to the event, which is the biggest air, army and security show in Central Europe, since 2001. Each year the Czech membership in NATO is celebrated with spectacular air displays of military equipment.

The NATO Ostrava Days promote and explain the mission and activities of the Alliance to the public. They are supported and funded by the NATO Public Diplomacy Division.

“The visitor numbers show that people are interested in security-related issues and that they want to know what our country does for their protection,” explains Zbynek Pavlacik, Chairman of the Jagello 2000 Association, the main organiser of the event.

The biggest security show in Europe

This year, 19 Allies took part by providing equipment for the show and displays, including the British Red Arrows, American B-52 Bombers, French Mirage 2000N, Italian Typhoons and Czech Gripen aircraft. Visitors could also see dynamic displays by military, police and rescue units on the ground.

“Showing what the military can do to defend a country’s security is particularly important at a time of economic hardship and budget cuts,” says Petr Lunak, Deputy Head of the Partnerships Section of NATO’s Public Diplomacy Division.

“NATO Days in Ostrava is the biggest event of this kind organised in any NATO nation. Over the last eleven years, the NATO Days evolved from an air show into a fully-fledged public diplomacy event with international participation,” he adds.