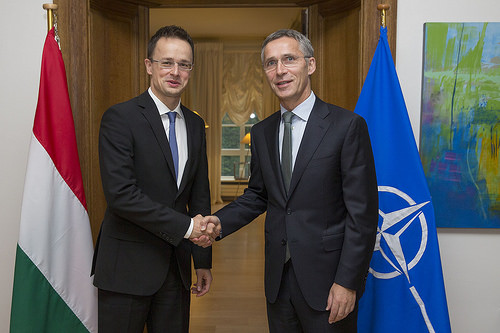 Hungary, along with other states in central and eastern Europe, will host a command center to help coordinate deployment of NATO’s rapid reaction force in an emergency, the government said on Friday. …

Hungary said the command center, called a NATO Force Integration Unit, would be staffed by 40 officers from Hungary and other NATO member states, but it would not be a base for forces.

“Its task in peaceful times is to organize and plan international exercises and, in an emergency, the coordination of the NATO Reaction Force,” the government spokesman’s office said in a reply to questions by Reuters.