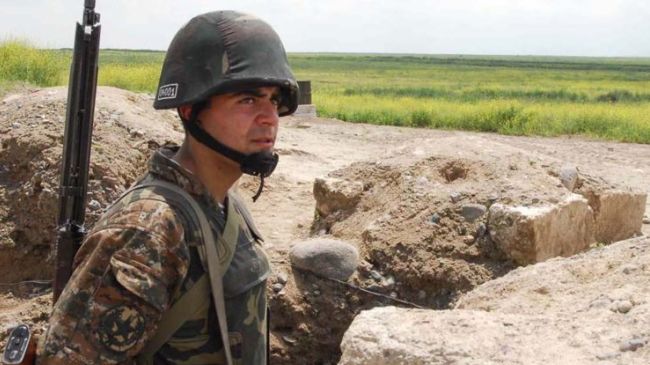 From Timothy Heritage and Francesco Guarascio, Reuters:  Sporadic firefights have intensified along the front line around Nagorno-Karabakh, a mountainous enclave within Azerbaijan in the South Caucasus controlled by ethnic Armenians since a war in the early 1990s that killed about 30,000 people.

Azerbaijan has stepped up threats to take the region back and its decision to give a hero’s welcome to a soldier convicted of hacking an Armenian to death on a NATO course has highlighted the risk of a war that could draw in Turkey, Russia and Iran.

When the ethnic Armenian majority in Nagorno-Karabakh declared independence as the Soviet Union collapsed, and took over more Azeri territory outside the region than within it, Christian Armenia avoided direct war with Muslim Azerbaijan.

It now says it would not stand aside if the enclave it helped establish was attacked.

Both it and Azerbaijan have more powerful weapons than two decades ago and if pipelines taking Azeri oil and gas to Europe via Turkey or Armenia’s nuclear power station were threatened, war could spread.

Armenia has a collective security agreement with its regional ally Russia, while Azerbaijan has one with Turkey, itself a member of NATO for which an attack on one member state is an attack on all 28.

U.S. Secretary of State Hillary Clinton warned of a "much broader conflict" when she visited Armenia in June and NATO Secretary General Anders Fogh Rasmussen said on Friday he was "deeply concerned" by the Azeri soldier’s pardon last month. . . .

If a conflict did break out, Azerbaijan would likely try to besiege Nagorno-Karabakh, a region of about 160,000 people linked to Armenia by a narrow land corridor, since the enclave’s troops dominate the high ground and have mined elsewhere.

"A key factor is the topography, the extent to which Nagorno-Karabakh has created defences in depth. This could make the lower land killing fields. Progress would come at a high cost," said Wayne Merry, a former U.S diplomat and an expert on the region at the American Foreign Policy Council in Washington. . . .

"We think that if hostilities resume, they could not be limited to a local or regional framework. I think they would have a wider geographical spread," Bako Sahakyan, the self-styled president of Nagorno-Karabakh, said in an interview. . . .

Russia has a military base at Gyumri in northwest Armenia. . . .

Diplomats and analysts say that if another war breaks out, it is likely to end in stalemate. "The Azeris can’t retake Karabakh now. They are militarily incapable of doing it," said Matthew Bryza, a former U.S. ambassador to Azerbaijan.

"I don’t think they could dislodge the Armenian forces from the high ground. I think that’s extremely difficult."  (photo: PressTV/Iran)