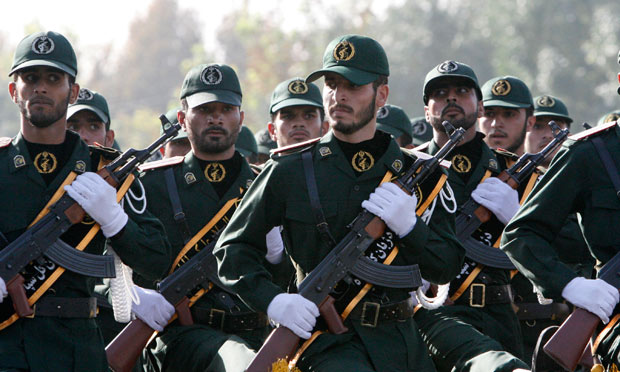 From Louis Charbonneau, Reuters:  Iran has been using civilian aircraft to fly military personnel and large quantities of weapons across Iraqi airspace to Syria to aid President Bashar al-Assad in his attempt to crush an 18-month uprising against his government, according to a Western intelligence report seen by Reuters.

Earlier this month, U.S. officials said they were questioning Iraq about Iranian flights in Iraqi airspace suspected of ferrying arms to Assad, a staunch Iranian ally. On Wednesday, U.S. Senator John Kerry threatened to review U.S. aid to Baghdad if it does not halt such overflights.

Iraq says it does not allow the passage of any weapons through its airspace. But the intelligence report obtained by Reuters says Iranian weapons have been flowing into Syria via Iraq in large quantities. Such transfers, the report says, are organized by the Islamic Revolutionary Guard Corps.

"This is part of a revised Iranian modus operandi that U.S. officials have only recently addressed publicly, following previous statements to the contrary," said the report, a copy of which was provided by a U.N. diplomatic source.

"It also flies in the face of declarations by Iraqi officials," it said. "Planes are flying from Iran to Syria via Iraq on an almost daily basis, carrying IRGC (Iranian Revolutionary Guard Corps) personnel and tens of tons of weapons to arm the Syrian security forces and militias fighting against the rebels."

It added that Iran was also "continuing to assist the regime in Damascus by sending trucks overland via Iraq" to Syria.

Although the specific charges about Iraq allowing Iran to transfer arms to Damascus are not new, the intelligence report alleges that the extent of such shipments is far greater than has been publicly acknowledged, and much more systematic, thanks to an agreement between senior Iraqi and Iranian officials.

"Iraq rejects baseless allegations that it allows Iran to use its airspace to ship arms to Syria," he said. "The prime minister has always called for a peaceful solution to the Syrian conflict and … the need for a ban on any state interfering in Syria whether by sending arms or helping others to do so."

The issue of Iranian arms shipments to Syria came up repeatedly at a Senate hearing in Washington on Wednesday on the nomination of Robert Beecroft as the next U.S. ambassador to Baghdad. . . .

In comments published by Iranian media on Sunday, IRGC commander-in-chief Mohammad Ali Jafari said members of the force were providing non-military assistance in Syria and Lebanon. He added that Tehran might get involved militarily in Syria if its closest ally came under attack. A day later, however, Iran’s Foreign Ministry denied those remarks.

Two Boeing 747 aircraft specifically mentioned in the intelligence report as being involved in Syria arms transfers – an Iran Air plane with the tail number EP-ICD and Mahan Air’s EP-MNE – were among 117 aircraft hit with sanctions on Wednesday by the U.S. Treasury Department.

The Treasury Department also blacklisted aircraft operated by Iran’s Yas Air for supplying Syria with weapons. A U.N. panel of experts that monitors compliance with U.N. sanctions against Iran has repeatedly named Yas Air, along with Iran Air, as a supplier of arms to Syria.  (photo: Vahid Salemi/AP)