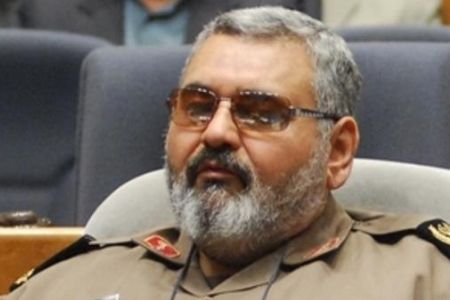 From Dominic Evans, Reuters:  Iran’s army chief of staff warned NATO on Saturday that stationing Patriot anti-missile batteries on Turkey’s border with Syria was setting the stage for world war.

General Hassan Firouzabadi, whose country has been a staunch supporter of President Bashar al-Assad throughout the 21-month uprising against his rule, called on the Western military alliance to reverse its decision to deploy the defence system.

"Each one of these Patriots is a black mark on the world map, and is meant to cause a world war," Firouzabadi said, according to the Iranian Students’ News Agency. "They are making plans for a world war and this is very dangerous for the future of humanity and for the future of Europe itself."

Despite the warning, Firouzabadi did not threaten any action against Turkey in his speech to senior commanders at the National Defence University in Tehran. "We are Turkey’s friend and we want security for Turkey," he said.

From AFP:  In August, General Firouzabadi drew the ire of Ankara after he predicted the turmoil in Syria would spill into Turkey whose government he accused of aiding the US in achieving "belligerent objectives".

And last November, another top Iranian commander said Tehran would target NATO’s missile shield in Turkey if it came under military attack.

Iran’s foreign ministry later moved to dismiss the remarks, saying they were the "personal views" of military commanders.  (photo: PressTV/Iran)