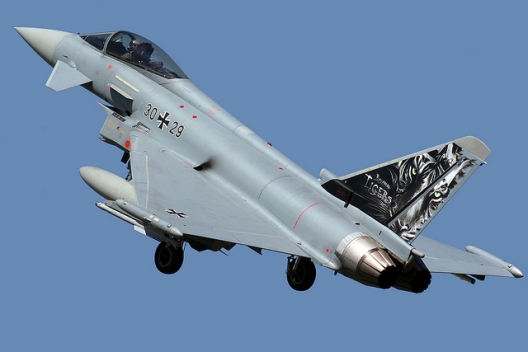 SPIEGEL: Professor Winkler, Germany’s tight link to the West has been a solid pillar of the country’s foreign policy for decades. Is that still the case?

Winkler: There is at least cause for doubt. A strong minority is questioning vital elements of our Western orientation, namely our memberships in NATO and the European Union. I find that unsettling.

SPIEGEL: In your books, you have written that, following several detours and mistakes, Germany is finally firmly embedded in the West. Are you going to have to revise your theory?

Winkler: I wouldn’t go that far. Among Germany’s democratic parties, there is an overwhelming consensus when it comes to the Western bond. It is a historic achievement. Konrad Adenauer (the country’s first post-war chancellor) initiated Germany’s bond with the West, but it was bitterly contested at the beginning, particularly by the Social Democrats. It was only with the famous 1960 speech by SPD lawmaker Herbert Wehner in German parliament that the Social Democrats threw their support behind West Germany’s treaties with the West. In 1986, Jürgen Habermas argued that Germany’s unconditional opening to the political culture of the West was the greatest intellectual achievement of our postwar history. It signaled the birth, posthumously, of a pro-Adenauer left. Today, that consensus is being attacked by the fringes on both the left and right of our political spectrum. When it comes to Germany’s orientation to the West, the maxim “Les extremes se touchent” applies — the extremes touch.

SPIEGEL: How do you mean?

Winkler: German leftists have still not understood the degree to which Russian President Vladimir Putin has drifted to the right domestically. Now, insightful observers are saying that Putin is trying to create something like a reactionary Internationale. The turn toward homophobia and to clerics is completely ignored by leftists in Germany. Their sympathy for Putin comes largely from their antipathy for America. And this anti-Americanism is what binds them with the far-right. When, for example, Alexander Gauland of the Alternative for Germany says essentially that Russia’s grab for Russian land is a completely understandable policy, then I can only say: That is racial nationalism in its purist form.

SPIEGEL: But we aren’t just talking about the political fringes here. A recent survey found that 45 percent of Germans wanted to see their country firmly anchored in the West. But 49 percent would prefer to see the country take up an intermediary position.

Winkler: Indeed, a large share of the population has this irritating desire for equidistance. Such survey results, I believe, can partially be explained by political failures. In recent years, the largest parties have shied away from making clear statements about where they stand. That was a huge mistake. I very much welcomed the fact that German President Joachim Gauck spoke clearly at the Munich Security Conference and demanded that Germany become more engaged internationally. . . .

SPIEGEL: Do you think that Germany would be prepared to go to war for the Baltics?

Winkler: That is the crucial question when it comes to Germany’s conception of itself. In Article 5 of the NATO treaty, it says that an attack on one NATO member-state is the same as an attack on the entire alliance. That is the essence of collective defense. Should Article 5 lose validity, then NATO is dead. But that would pose an existential risk to our own security.

SPIEGEL: Is it not one of the ironies of history that Germany’s arrival in the West came concurrently with the country’s rejection of military means? How can you get a highly individualized society to accept armed conflict?

Winkler: Germany is not the only country that one could call post-heroic. But there is an additional aspect for Germany when it comes to this generally Western stance — one which Putin would call decadent. For almost four-and-a-half decades after World War II, we didn’t have full sovereignty. During this period, we existed in a niche of global politics. This experience of limited sovereignty continues to have an effect. Many Germans still have sympathy for the idea that Germany can exist as something like a large Switzerland in the middle of Europe.

SPIEGEL: Do you seriously believe that the chancellor could say in a speech: Dear citizens, you have to be prepared to die for Riga?

Winkler: Germany cannot allow any doubt that it would treat an attack on a member state as a case for collective defense. And that also applies to Riga and Warsaw.

SPIEGEL: Many Germans are also opposed to taking tough measures against Russia because of the vast suffering Germany visited on the Soviet Union during World War II. Do you have understanding for that viewpoint?

Winkler: No. I wouldn’t hesitate to say that such a position is the result of a pathological learning process. The Nazi crimes cannot lead us to react less sensitively to human rights violations than others do. If we were to insist, because of the Holocaust, on a kind of German exceptionalism in this regard, that would in fact represent a German detour.

SPIEGEL: Do you think NATO should increase its military presence on the alliance’s eastern border to deter Putin?

Winkler: Currently, a credible military presence is needed to make it clear that Article 5 of the trans-Atlantic alliance also applies to its newer members. I don’t see Putin as one who takes unnecessary risks. Certainly he is a politician who takes chances, but thus far he has realistically appraised the risks associated with his actions. Putin knew that annexing the Crimea posed little danger. Now, it is important to make clear to him that expansionist policies, particularly coupled with an attack on a NATO member state, would have very serious consequences. But he knows that by now.

Heinrich August Winkler, 75, is professor emeritus at Berlin’s Humbolt University with a focus on modern German history. His two-volume work “Germany: The Long Road West” documents the country’s bumpy path toward democracy and the rule of law.

Translated from the German by Charles Hawley.