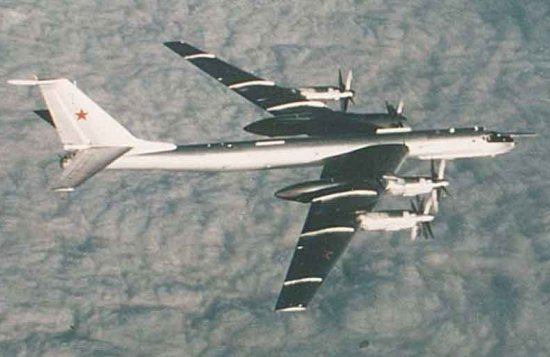 From Martin Hurt, International Center for Defense Studies:  Swedish newspapers reported on 22 April that two Russian Tu-22 bombers, escorted by four Su-27 fighter aircraft, had simulated attacks against two high-value targets in the Stockholm area and in southern Sweden on Good Friday. No Swedish fighters were available to intercept the Russian aircraft in the middle of the night. . . .

This incident should be seen as part of a growing tendency for the Kremlin to flex its military muscles in the post-Cold War era. Over the last years, Russian aircraft have frequently tested Western response times, both in Europe and recently also in the Pacific. British, US, Dutch and Norwegian fighters regularly scramble to shadow Russian long-range aircraft.

Like many other nations, Sweden has slashed its defence budget and this has apparently led to a situation where its very symbolic first line of defence is operational only from 9 to 5, leaving it unable to react to safeguard its borders 24/7. This inability is due to recent weak defence ministers who have been hampered by a strong finance minister, all serving under a prime minister who has not shown any noticeable interest in regional security. Opponents to this ignorance have been met with accusations labelling them as ‘Cold War dinosaurs. . . .’

Russia’s acts, such as the recent bomber exercise near Sweden, speak for themselves and they are part of today’s reality. . . .

Today is 2013. The security situation in Europe can no longer be viewed through the prism of legacy from 1992.  (photo: aerospaceweb.org)