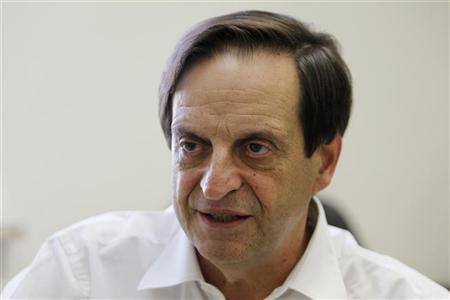 From Reuters:  Israel‘s Deputy Prime Minister Dan Meridor said on Thursday a deadly Syrian mortar strike on a Turkish town had to be considered an attack on a member of the NATO alliance. . . .

"One has to say that according to the NATO treaty, it was an attack on a member of NATO, and that means France," Meridor told reporters during a visit to Paris, referring to France’s membership of NATO. . . .

"Syria is in a horrible situation, a civil war. Each day men, women and children are being killed and it must be stopped," Meridor said after meeting France’s foreign and defense ministers. . . .

Turkey’s government on Thursday said "aggressive action" against its territory by Syria’s military had become a serious threat to its national security and parliament approved the deployment of Turkish troops beyond its borders if needed.

Immediately after the incident, Ankara, which has the second-largest army in NATO, called a meeting of the organization’s North Atlantic Council.

Syria has apologized through the United Nations for the mortar strike in Turkey and said such an incident would not be repeated.  (photo: Reuters)