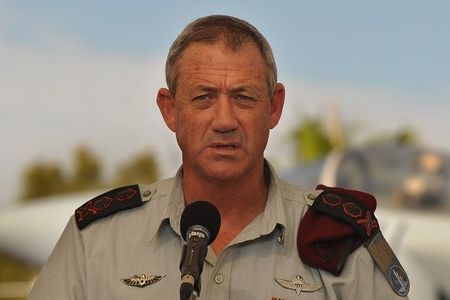 From Israel Defense Forces:  The IDF Chief of the General Staff, Lieutenant General Benny Gantz, left for Brussels today (Tuesday) for a two-day work visit where he will participate in a conference attended by Chiefs of Staff of NATO member countries, and will conduct work meetings with his counterparts from around the world.

During his meetings, Lt. Gen. Gantz will discuss the security challenges facing the IDF and the State of Israel, including the challenges of regional threats and the importance of cooperation between Israel and NATO member countries and militaries in the fight against global terror. Lt. Gen. Gantz will also deliver a speech at a meeting of the NATO Mediterranean Dialogue with the Chiefs of Staff of NATO member countries.