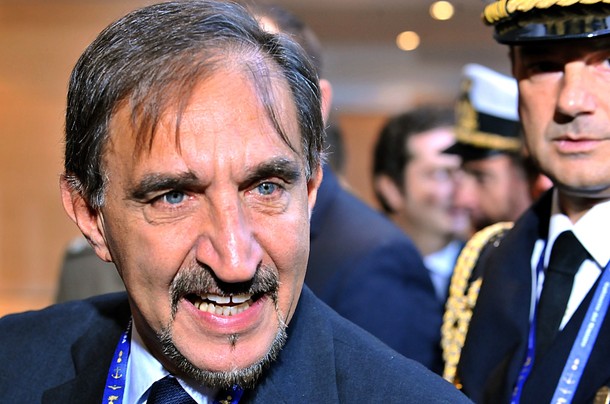 From Alessandra Rizzo, the AP:  Italy has put four jets at NATO’s disposal for airstrikes against military targets in Libya as part of a stepped-up role in the military campaign against Moammar Gadhafi’s forces , the defense minister said Wednesday. . . .

Italy has also allowed NATO use of its bases and aircraft for aerial reconnaissance, and Italian navy ships have been involved in refueling and other operations to assist other NATO aircraft.

[Italian Defense Minister Ignazio] La Russa said that — out of a total of 12 Italian aircraft involved in the NATO operation — four Tornado jets can now be used "for targeted action against specific and selected" military targets, he told lawmakers. Another four aircraft could also be authorized for such missions if needed. . . .

La Russa also said that Italy hopes to have a greater say in strategic decisions thanks to its new military role. Rome is set to host a meeting of key countries involved in the Libya campaign on May 5 to discuss increasing diplomatic and economic pressure on Gadhafi as well as providing additional support to the opposition.  (photo: Getty)