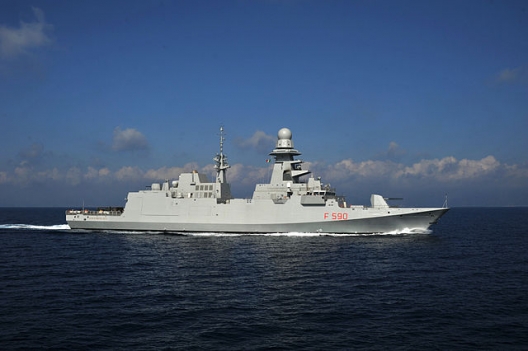 Italy’s new defense white paper, its first in 13 years and which calls for Italian military leadership in the Mediterranean, has made a timely debut just as European leaders debate how to combat trafficking in the region.

First promised by the end of 2014, the Defense Ministry presented the white paper on April 21 to a meeting of Italy’s Supreme Defense Council, which is presided over by Italian President Sergio Matterella and attended by senior military and government figures, including Prime Minister Matteo Renzi….

The paper’s strategic ambition for Italy to take a central role in Mediterranean military affairs is likely to face an early test as European leaders grapple with a military response to the thousands of migrants sailing annually from Libya to Italy and the Libya-based people who send them.

Concern over the smugglers turned to alarm on April 19, when a fishing boat loaded with about 850 migrants capsized, leaving only 24 survivors.

With Europe favoring military action to destroy the boats used by the traffickers, Italy has pitched itself as the leader of a potential operation, which could possibly use Italian drones for surveillance and Italian aircraft for strikes. But UK media reported that Britain might also suggest itself as leader of a campaign….

Gaining military primacy in the Mediterranean means maintaining a full spectrum of capabilities for use in the region, while sticking to coalition roles based on “plug-and-play” capabilities outside the region, the paper states.

As for spending, the paper favors replacing annual spending budgets with six-year budget laws for major programs to allow greater certainty on procurements.

“This is the first real top-down white paper,” said a member of the civil-military working group that drew up the paper, which will be published when it is submitted to Parliament.