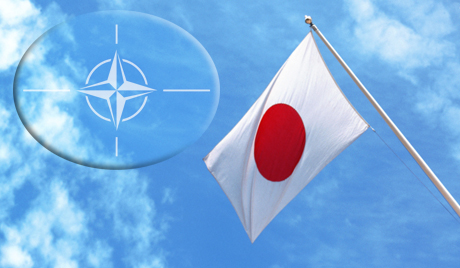 From the Voice of Russia:  On Tuesday, the Japanese government has decided to partially lift a self-imposed 40-year ban on arms exports, which prohibited Japanese arms makers from joint development and export of military technology.  Until now the US has been the only country with which Japan cooperated on military technologies with other countries than the US. Now, the Land of the Rising Sun has decided to expand its military cooperation which experts see as a bid to join the Euro ABM project. . . .

Back in the 1980s, Japanese companies supplied the US with 15 new technologies for their Strategic Defense Initiative (SDI). At present, Tokyo in partnership with Washington, is developing a unit for an upgraded SM3 ship missile. This missile is expected to become one of the key components in the European anti-ballistic missile system. But the ban which prohibited Japan from selling arms to Europe, put a question mark over the supplies of these units to Europe. That is why the Japanese government has decided to lift the ban, which will enable Tokyo to cooperate on the development of military technologies with European and other countries. . . .

In all this experts can also see another tendency – Japan’s rapprochement with NATO. A close cooperation between Tokyo and Brussels would contribute to NATO’s expansion into the Asian Pacific region.  (graphic:  Voice of Russia)