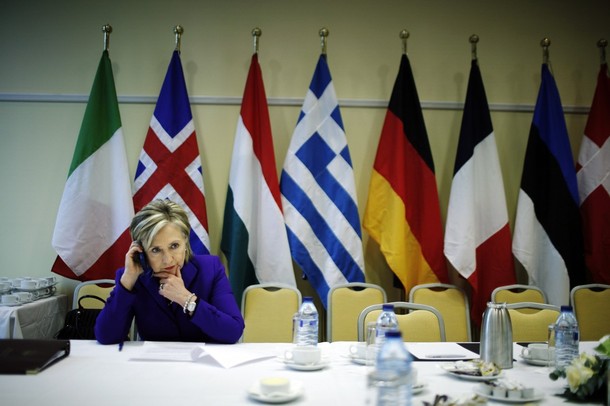 From MSN India:  "[I]t was a four-way call with the French foreign minister, the British, the Turk, and Secretary [of State Hillary] Clinton, during which time they hammered out the deal that was later announced," said the [senior administration] official.

Subsequent to that four-way call, Foreign Minister [Ahmet] Davutoglu of Turkey called the Secretary back up and praised her for being a consensus maker.

And then finally, when the deal was struck at the end of the four-way call, Foreign Minister [Alain] Juppe remarked, "Bravo, Hillary", said the official, who was not allowed to speak on record.  (photo: Getty)