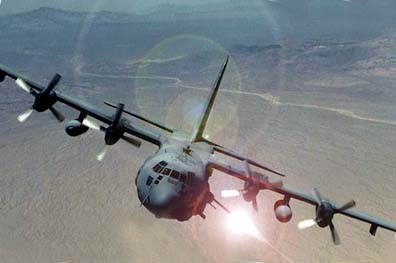 From the Editors of the New York Times:  Wars are messy business, and the international effort to keep Col. Muammar el-Qaddafi’s forces from slaughtering Libyan rebels and civilians is proving no exception. In recent days, the colonel has thwarted NATO airstrikes by regrouping his forces into densely populated areas. That has left NATO with a seemingly impossible choice: leave some of the regime’s most deadly weapons unmolested, or target them and risk possibly heavy civilian casualties.

There is a much better option: the American A-10 and AC-130 aircraft used earlier in the Libya fighting and still on standby status. President Obama should authorize these planes to fly again under NATO command. Unlike the highflying supersonic French and British jets now carrying the main burden of the air war, these American planes can fly slow enough and low enough to let them see and target Colonel Qaddafi’s weapons without unduly endangering nearby populations.  (photo: Aviation Trivia)