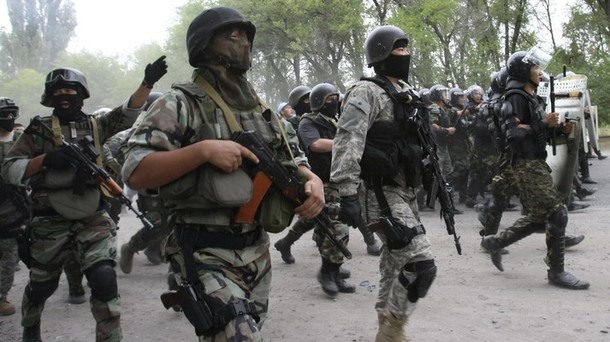 From Interfax:  The Kyrgyz security service has foiled another attempt to stage a rally that organizers planned to continue mass riots, the State National Security Service (GSNB) said.

"A mass rally involving more than 5,000 Kyrgyz citizens was due to take place in the ‘old square’ in Bishkek on August 9," the GSNB told Interfax on Tuesday. …

Among the event organizers was a certain T. Kolubayev who "was supported by various youth organizations, public nationalist organizations and certain politicians," the GSNB said.

Kolubayev and his associates said the constitutional referendum was illegitimate and called for a return to the 1993 constitution.

By now the GSNB has detained Kolubayev and 22 of his active supporters. About 10,000 leaflets and brochures have been seized.

"This event was funded by close relatives of Kurmanbek Bakiyev," the security service said.  (photo: Reuters)