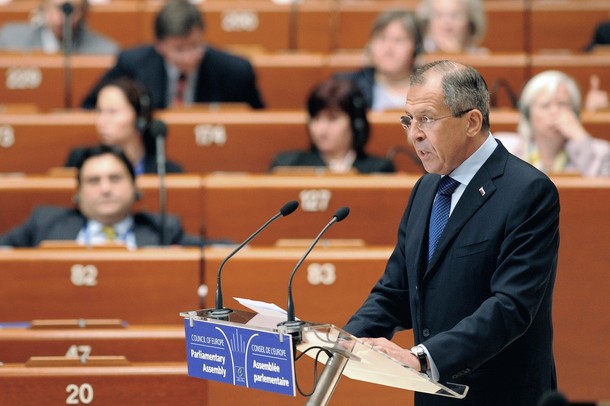 From RIA Novosti:  Russian Foreign Minister Sergei Lavrov warned on Wednesday the European Union and NATO against interfering in the internal affairs of post-Soviet states.

Lavrov told the lower house of parliament that events such as the Ukrainian elections and the Kyrgyz revolution prove that interference in the internal affairs of independent states can produce an "inverse effect that leads to destabilization and throws the countries back in their development."

"I would like this understanding to become the basis for activity in this region of the so-called external factor, be it the EU, NATO or others," Lavrov said.

Russia is concerned by EU and NATO plans to build partnerships with its allies in the post-Soviet Commonwealth of Independent States (CIS)."  (photo: Getty)