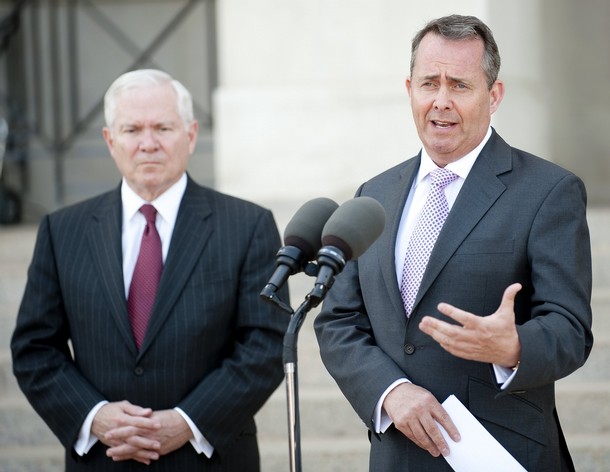 From the U.S. Department of Defense:   The sooner that Colonel Gadhafi recognizes that the game is up, however, today or shortly, the better.   He is a liability for his people and his country, and the sooner that he gets this message, the better.  It is also appalling for us to see the sight of young mercenary soldiers being pushed to the front of lines in places like Misurata, and it’s a sign of desperation from a regime that they resort to these sorts of tactics. . . .

People ask, in Libya, have we taken a side?  And the answer is, yes, we have; we’ve taken the side of the civilian population.  That is what the United Nations Security Council resolution has asked us to do.  All that we want is that men, women and children can sleep safe in their own homes, knowing that they will not be attacked by their own government.  And as long as that government continues to target civilians, as Secretary Gates says, we will continue to regard all their command-and-control mechanisms as legitimate targets.

We in the international community understand what it is that we have given in terms of our commitment to the civilian population.  We understand our duty, and our resolve will not waiver as long as that civilian population remains at risk from an aggressive and wicked regime which has waged war on its own people.

Excerpt from press conference by Secretary of Defense Robert M. Gates and Secretary of State for Defence of the United Kingdom Liam Fox.  (photo: Getty)