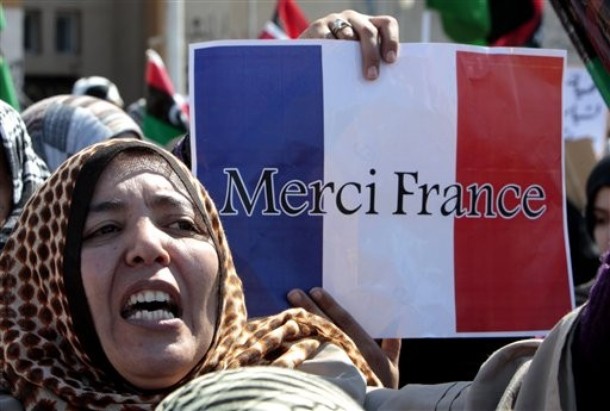 From Clayton M. McCleskey, the Dallas Morning News:   [T]he on-going crisis in Libya and the unrest across the region are reminders that the U.S. cannot solve every problem on its own. And when we falter or need help, we’re fortunate to have friends in London, Paris, Warsaw and other European capitals who can help us out. …

How all this will play out of course remains an open question. But for all the criticism about Europe, our allies across the pond deserve credit for taking leadership on Libya. While the media tends to focus on emerging powers such as China, when crisis hits, Beijing seems surprisingly irrelevant. Suddenly, Europe – specifically Britain and France – matters again. In trying to get track of changing events, Washington is benefiting from Europe’s knowledge and historical ties to the Middle East.

"The State Department and the White House view the British government as the advance team. The Brits go in before the Americans and in sniff around, take the temperature and report back," Ed Husain of the Council on Foreign Relations told me.

It appears that Britain and France are reporting back and trying desperately to get the U.S. to step up its game. Let’s hope Washington is listening. In the long run, recent months should remind Americans – especially policy makers in Washington – that when push comes to shove, we need Europe.  (photo: AP)