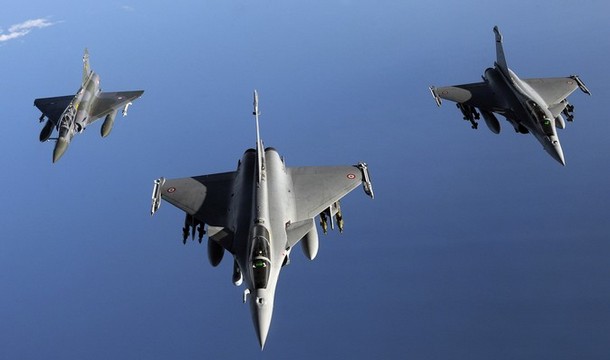 From Camille Grand, the European Institute:  NATO itself has looked shallow as a military alliance. The shift from Odyssey Dawn to the NATO led Unified Protector has not increased the commitment of the allies’ forces. In spite of the “renewal of vows” strongly expressed in the Strategic Concept, adopted with pomp and ceremony at NATO summit in Lisbon in 2010, the Atlantic alliance appears in poor shape. Put to the test in Libya, the alliance has done poorly. Even though it recognized and acknowledged that Libya was a crisis in its own backyard, Europe divided between interventionist hawks and peace-minded doves – and then had to struggle to garner U.S. support, which proved conditional and limited. In the end, the Pentagon ruled out providing the bulk of the combat forces but agreed to keep the allies supplied with key assets and some ordnance – a limited gift since the French and British fighter-bombers flying most of the missions are not compatible with many U.S.-made precision-guided munitions.

Militarily, the so-called massive conventional superiority of NATO appears to be an American military superiority with a limited British and French input while the rest of the allies either reluctant to help militarily or, when they are, not able to significantly contribute to the most demanding military tasks. In practice, NATO often gives the impression of being an alliance that exists but lacks a united strategic view and, militarily, increasingly lacks the capabilities to shape events, even in a small crisis – unless the U.S. is doing the job.

In any genuine post-crisis assessment, two issues need to be addressed. The Europeans need to seriously re-think their views about the security and defense challenges they face and decide to make the minimal budgetary effort needed to prevent Europe from vanishing completely from the strategic landscape. If Libya makes anything clear, it is this: the decline of European military budgets is creating a situation in which the use of force might simply no longer be an option. Secondly, the U.S. has to express more clearly what it expects from its European allies in the security realm. Should their military role focus on contributing (albeit modestly) to U.S.-led operation as in Afghanistan? Or should they manage low-to-medium intensity crises on Europe’s periphery?

Libya may not be a good case study. But we fight the wars we have, not the ones we want.  And Libya – however it comes out – seems to show that the transatlantic relationship has not produced a sensible focus or serious effort at equipping either Europe itself or the alliance as a whole for future contingencies. Take Libya: theoretically, it amounts to a small problem, especially since it surrendered its weapons of mass destruction capabilities under strong Western pressure in 2003 during the Iraq war. (If it had not, this Libyan war would surely have looked quite different).