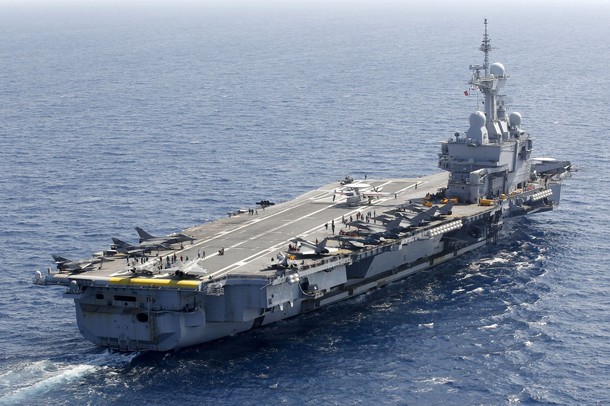 From Judy Dempsey, the International Herald Tribune:  The Libya crisis is even worse news for Europe and its military ambitions. It shows more clearly than ever how most E.U. countries are unwilling to match their defense ambitions with any broad strategic goals.

“The decision by many European countries not to contribute to the NATO mission bodes ill for Europe’s foreign and security policy,” said Jan Techau, director of Carnegie Europe, the European center of the Carnegie Endowment for International Peace.

Particularly damaging for Europe was Germany’s decision to abstain in the U.N. vote that authorized the no-flight zone over Libya. That was a huge disappointment to the United States and particularly to Britain and France. “Germany positioned itself outside the Western consensus,” Mr. Techau added. In doing so, he said, Berlin was undermining attempts by Europe to become a convincing defense player. …

“Libya confirmed France’s worst beliefs,” said Clara Marina O’Donnell, a defense expert at the Center for European Reform, a research organization in London. “It could not rely on its E.U. partners.”

It was a blow to France’s ambitions. “France’s goal of leading Europe in defense matters is receding,” said Bastien Irondelle, security expert at Sciences Po, the Center for International Studies and Research in Paris. “For his military aims, Sarkozy will now have to go outside the E.U. That means coalitions of the willing.”  (photo: Reuters)