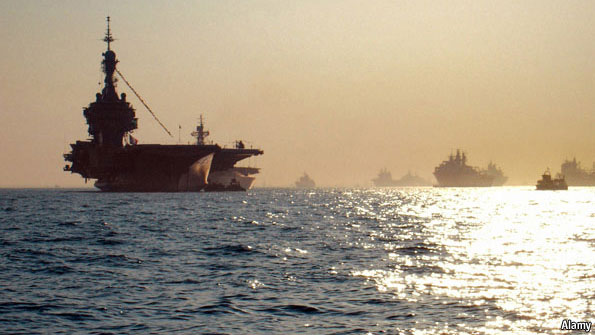 From Philip Stevens, the Financial Times:  Above all, however, the Libyan venture has betrayed the paucity of Europe’s military capability. Britain has sent a dozen or so fighter aircraft, a couple of frigates and a submarine, and its military chiefs say that is about as much as it can do. It has nothing left if some new crisis were to emerge in, say, the Gulf. Everything is committed elsewhere, mostly to Afghanistan.

France has assembled a more impressive force – it still has an aircraft carrier – but it too is looking overstretched. Both countries have been cutting their defence budgets.

The uncomfortable facts were set out by Anders Fogh Rasmussen, the Nato secretary-general, at last month’s Munich security conference. A decade ago, Mr Rasmussen said, the US accounted for about half of the defence spending of all Nato countries. That share is now closer to 75 per cent. During the past two years, spending by the European members of the alliance had shrunk by $45bn, equivalent to the entire German defence budget.

The Europeans, in other words, have been pretending that history did indeed end in 1989. The Arab uprisings have reminded them otherwise. The lesson of the Suez debacle was that Britain and France could not defy American power; the message of the Libyan campaign is that they cannot take it for granted.   (photo: Alamy)