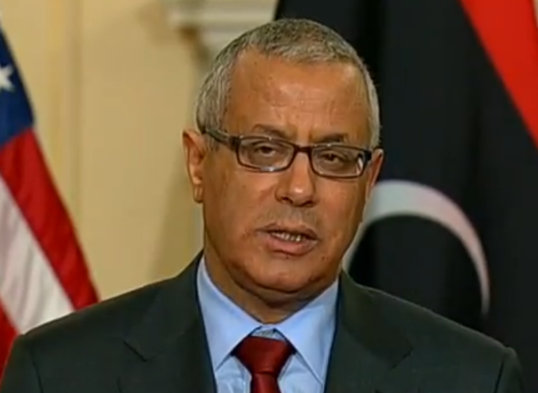 Libya’s prime minister, Ali Zeidan, was kidnapped from a hotel in the capital, Tripoli, on Thursday and briefly held in an apparent act of retaliation for his presumed consent to the capture of a suspected Qaeda leader by an American commando team.

He was seized before dawn and freed by early afternoon, according to Amal al-Jarrari, a spokeswoman for the prime minister’s office, who could not immediately provide details.

The short-lived kidnapping was an ominous sign for the stability of Libya’s transitional government and its cooperation with American counterterrorist efforts. Mr. Zeidan’s abductors are members of one of the semiautonomous militias that serve as his government’s primary police and security force, according to statements from the prime minister’s office and a coalition of militia leaders.

A spokesman for the coalition, which calls itself the Operations Room of Libya’s Revolutionaries, said the prime minister’s “arrest” followed a statement by Secretary of State John Kerry that “the Libyan government was aware of the operation” that captured the suspected Qaeda leader, Reuters reported.

The prime minister’s kidnapping was the most serious blow yet to the credibility of Libya’s fragile transitional government. And it could also be a grave setback for American efforts to hunt down other terrorist suspects believed to be at large on Libyan soil, including those suspected of playing a role in an attack last year on the United States diplomatic mission in Benghazi, which killed Ambassador J. Christopher Stevens and three other Americans. . . .

The abductions of Mr. Ruqai and Mr. Zeidan highlight the vexed and contradictory relationship between Libya and the United States since the NATO bombing campaign of 2011, which helped remove Colonel Qaddafi. While most Libyans remain overwhelmingly grateful for the intervention, they still suspect Washington and the West of hegemonic ambitions. Although they may oppose Al Qaeda and denounce terrorism, Libyans across the political spectrum say they object to American military action on Libyan soil and the extradition of Libyan citizens for trial in American courts.