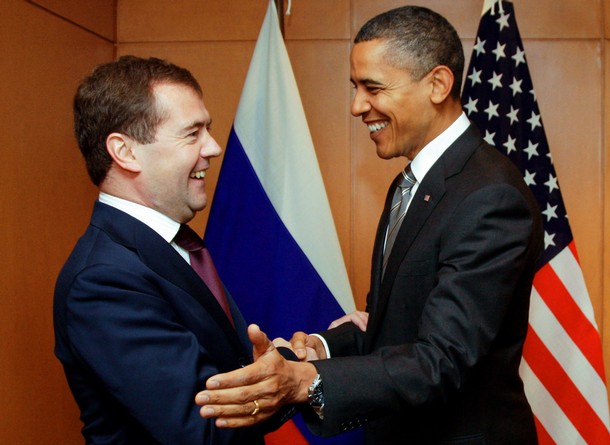 From Simon Tisdall, the Guardian:  Russian involvement and the friction around plans for Afghanistan add spice to the Lisbon meeting of ‘new Nato.’

Exciting is not a word normally associated with Nato summits. But there’s no denying western officials are unusually worked up about this week’s alliance gathering in Lisbon, which they describe as the most significant for a decade – even, maybe, since the end of the cold war.

[President] Barack Obama, for one, will have something to smile about: a rare foreign policy success, namely the broad western rapprochement with Russia that has followed his decision to "reset" bilateral relations. President Dmitry Medvedev‘s attendance in Lisbon may be largely symbolic, but after recent G20 and Israel-Palestine disappointments, not to mention the midterms, it’s a big political plus for Obama. …

[Russian Foreign Minister Sergei] Lavrov was less optimistic about another long-term Russian concern (and one shared by some Europeans) – namely, what he called: "Nato’s desire to project its military potential outside its territory." Nato officials insist the alliance has no wish to become a "global policeman". But its 21st-century strategic concept, to be unveiled in Lisbon, foresees an expanding out-of-area role in terms of "co-operative security" – responding to natural emergencies, managing (or intervening in) sudden geopolitical crises, and forging worldwide partnerships.

The revamped mission of "new Nato" in a changed world of evolving threats and challenges is supposed to be built on improved co-operation and inter-operability between member countries. But aspiration and achievement often collide. Friction continues, for example, over the presence in Europe of cold war-era American tactical nuclear weapons and the pace of global nuclear disarmament. Military budgets are being squeezed. Defence co-operation between the alliance and the EU is virtually non-existent.  (photo: Getty)