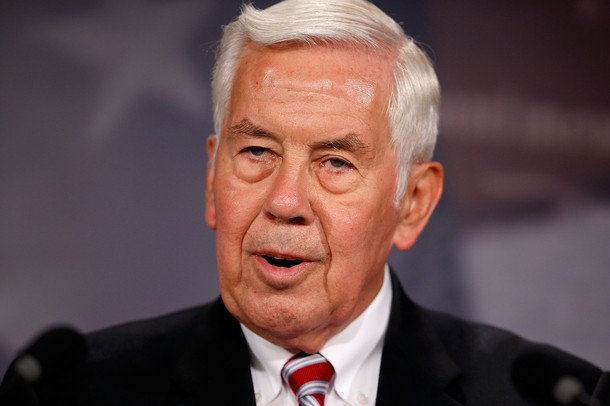 From Richard Lugar, Office of Senator Lugar :  We are nearing the end of the second month of U.S. military involvement, including a bombing campaign, in Libya’s civil war.   Congress has yet to have an appropriate debate or vote on the President’s objectives, or the risks, and costs associated with these operations, and their relationship to U.S. interests.  Nor has the Administration consulted adequately with Congress on these matters to date. . . .

Under the War Powers Resolution, the President may not introduce U.S. Armed Forces into hostilities for periods exceeding 60 days without Congressional authorization. . . .

In consulting with the Congress on these matters, it will be important for the Administration to provide clear answers to questions about our involvement in Libya that it has not yet adequately addressed, including:

Extended engagements in military action abroad, and the costs and risks they entail, must be undertaken only with the full support of the American people.  If the Administration seeks to continue our military involvement in Libya, it is incumbent that they seek and secure Congressional authorization.

Senator Richard G. Lugar, the Ranking Republican on the Senate Foreign Relations Committee, today raised these questions to the Obama Administration one week before the deadline expires for the required Congressional authorization for U.S. military action in the Libyan civil war.  (photo: Getty)