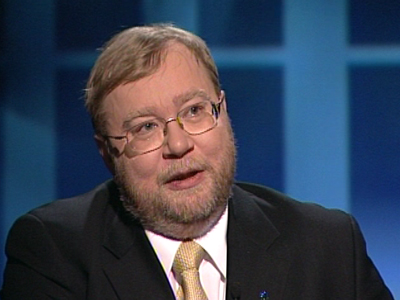 From the AP:  Estonia’s center-right government led by Prime Minister Andrus Ansip on Wednesday took its oath of office in the nation’s parliament.

The coalition of Ansip’s conservative Reform Party and the right-wing IRL is the same as the one that formally resigned Monday, but thanks to its victory in last month’s election it now controls 56 seats in the 101-seat parliament — six more than in the previous legislature.

The composition of key posts in the 13-member Cabinet is nearly identical to the previous one. Jurgen Ligi will continue as finance minister and Urmas Paet as foreign minister, though IRL-leader Mart Laar, who served as prime minister in 1992-94, will take over the defense minister’s post from Jaak Aaviksoo.

From EICEE:  In 1992, at the age of thirty two, Laar was appointed Estonia’s first post-communist Prime Minister by Estonian President Lennart Meri. In 1999 he returned to the post to bring Estonia’s economic crisis to an end and to lead Estonia toward admission to the European Union. …

As a historian, Laar has written several books on Estonian and Russian history, including War in the Woods: Estonia’s Struggle for Survival, 1944-1956 about those who refused to accept the Soviet Union’s annexation of Estonia.  (photo: fastleader.com)