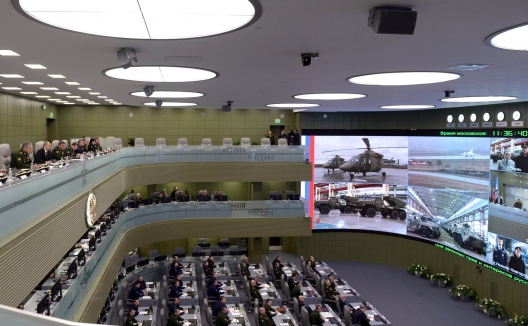 Hybrid challenges continue to threaten security across the Euro-Atlantic community. Though hybrid has multiple aspects, this paper particularly analyzes hybrid challenges facing the overlapping nations of NATO and the European Union (EU) that are a function of deliberate and persistent Russian activities. While hybrid conflict has been defined in many ways, this paper describes hybrid threats to include four key categories: low-level use of force; cyberattacks; economic and political coercion and subversion; and information war. This paper proposes a comprehensive strategic framework for Europe, Canada, and the United States to address these challenges at both the supranational and national levels and through public and private sector coordinated responses….

1) Low-Level Use of Force
Low-level hybrid use of force is a significant concern, particularly for the eastern nations of the EU and NATO. To address this challenge, allies and member states should coordinate their efforts on resilience according to the NATO-EU Joint Declaration at the 2016 NATO Warsaw Summit by working toward:

• enhanced intelligence capabilities through the creation of an “Eastern Hub” (comparable to the one NATO is creating for the south) that can review Russian intentions, capabilities, and activities;
• • expanded training and operational capabilities…
• combined NATO-EU national assessments for key critical infrastructures, including working closely with the private sector;
• coordinated and harmonized force planning between the NATO Defence Planning Process and the EU Capability Development Plan, recognizing there is only one set of forces, and conflicting requirements need to be resolved;
• coordinated potential responses under Articles 4 and 5 of the North Atlantic Treaty and Articles 42.7 and 222 of the Lisbon Treaty, particularly if there is potential for transition from low-level use of force to conventional warfare; and
• use of legal tools: where international or national laws are broken, EU and NATO nations should use legal tools, such as indictments, forfeitures, and other sanctions, to limit and deter future Russian illegal actions.

2) Cyberattacks
To adapt to emerging threats in the cyber domain, and build on the NATO-EU Joint Declaration, the transatlantic community should develop a coordinated cyber strategy focused on operational capabilities, including:

• the establishment of an effective cyber operational structure in each country (with the United Kingdom’s new National Cyber Security Centre providing a useful model);
• the creation of contingency plans that coordinate government and private sector action and take account of the potential for multinational and cascading effects;
• a working governance structure within each country among key cyber entities, including particularly the military, civil governmental authorities, Internet Service Providers, and electric grid operators, and, if appropriate, a comparable regional structure;
• active coordination by NATO and the EU on their cyber activities, so that nations have a consistent set of requirements and so appropriate protection, resilience, and recovery can be provided with respect to multinational and cascading cyber impacts;
• advance actions to reduce vulnerabilities and enhance protection, resilience, and recovery, especially in the critical sectors of telecommunications, electric grids, and finance;
• the assistance of “cyber framework nations”— specifically, the United States, Canada, Germany, and the United Kingdom—to countries with less-developed cyber capabilities, first focusing on the Baltics and Poland where multinational battalions have been deployed; and
• the use of cyber sanctions, particularly at the multinational level.

• increase intelligence capabilities and sharing including through the use of a combined “hub” as a central clearinghouse;
• establish greater transparency on Russian actions by a) issuing public national intelligence reports and analyses, as is already done by several countries, and b) requiring reporting to national authorities and the EU on all economic actions by
Russia of any consequential size or effect, including acquisitions of more than a certain percentage, significant loans, or other financial arrangements with domestic companies—particularly any of a country’s critical infrastructures;
• enhance anti-corruption investigation and enforcement measures, which should focus
on activities by Russia and Russian-controlled entities and be implemented at the EU-level, in the same way as the EU’s security and anti-money laundering strategies;
• limit Russian political activities and financial investment by a) barring support of political parties by Russia and Russian-controlled entities, and b) expanding reviews of financial transactions by Russian entities that could lead to detrimental impacts on the national security, economy, and/or democratic functioning of a country; and
• increase emphasis on reducing key dependencies, including in the energy arena, where—to make Russia a normal market participant—European nations should actively promote alternative sources to Russia-provided energy.

4) Information Warfare
In response to Russia’s substantial information warfare efforts, the transatlantic community should devise an information strategy that would:

5) The Euro-Atlantic Coordinating Council and a Multinational Coordinated Strategy
While meeting the Russian hybrid challenge can be undertaken through existing mechanisms, including informal cooperation between NATO and the EU, a fully effective transatlantic response would significantly benefit from new coordinating structures that go beyond the current limited cooperation and are still flexible enough to allow for both multinational and distributed specific actions. A key element of this response would include the establishment of a new transatlantic entity that would coordinate the efforts of NATO, the EU, and individual nations, as well as the private sector. The new entity would operate on a voluntary basis to provide coordinated diplomatic, economic, information, security, and military actions, including the necessary involvement of the private sector. More specifically:

• A “Euro-Atlantic Coordinating Council”—consisting of EU and NATO nations, as well as the EU and NATO as institutional bodies—could define and coordinate such an effort. Building on the financial sector’s model of the Financial Stability Board and the Proliferation Security Initiative, which are each voluntary organizations, the Coordinating Council would operate as an oversight entity, while existing institutions, including NATO, the EU, and their nations, would undertake implementation.
• The Coordinating Council would have several working groups, each focused on a particular aspect of the hybrid challenge, including low-level use of force, cyberattacks, economic and political coercion and subversion, and information warfare.
• For greatest effectiveness in working with the Council, nations should adopt a version of the “Finland Model” of integrated governmental and private sector interactions to create responsive and resilient structures.
• In addition to government representatives, which would form the core of the Council, the Coordinating Council would have a structure to interact with relevant private sector entities, particularly for the protection of critical infrastructure such as telecommunications, electric grid companies, information platforms, and technology companies.
• The Council would help develop multinational coordinated actions, including countermeasures authorized under international law, that would create an effective counter-hybrid strategy building on the concept of solidarity, which is fundamental to both the EU and NATO treaties.