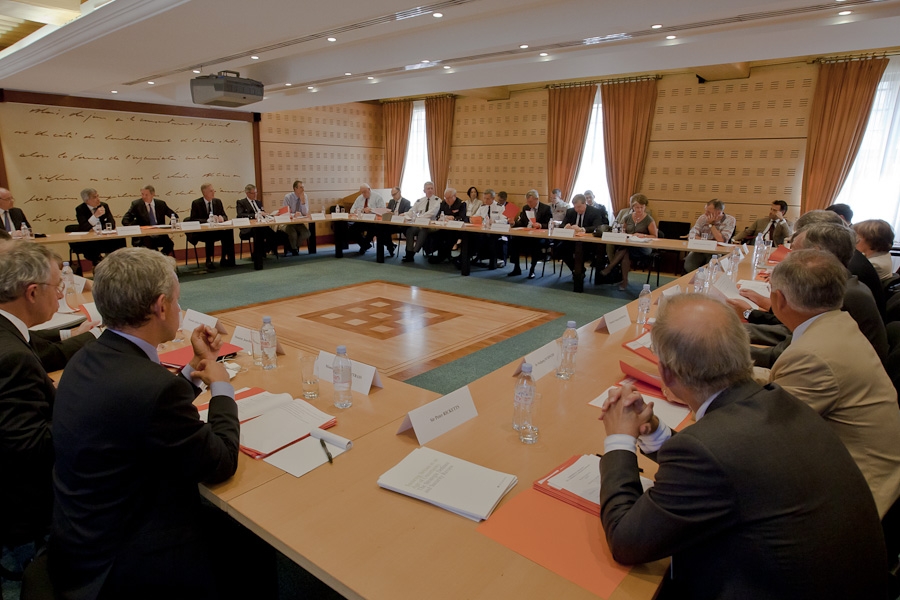 July 26, was the first meeting of the special committee tasked by French President François Hollande to prepare a new White Paper on Defense and National Security.  According to Hollande, the objective of the committee "is to define our defence strategy and force capabilities for the next 15 years, based on our analysis of the threats in a particularly unstable world facing a plethora of challenges."

The chairman of the commission is Jean-Marie Guehenno, Director of the Center for International Conflict Resolution at Columbia University and until recently Deputy UN Special Envoy to Syria. Hollande invited two non-French experts to participate in the White Paper committee, Wolfgang Ischinger (Chairman of the Munich Conference for Security Policy) and Peter Ricketts (Britain’s ambassador to France). The committee is expected to submit the White Paper to Hollande by the end of the year.

Ministry of Economy and Finance and Ministry of Productive Recovery
Jean-Dominique Comolli, director of the agency of state ownership.

Former foreign minister Hubert Vedrine will also attend meetings of the committe as part of his review of France’s membership in NATO’s integrated military command and France’s relationship with the United States.  (photo: ActuDefense)