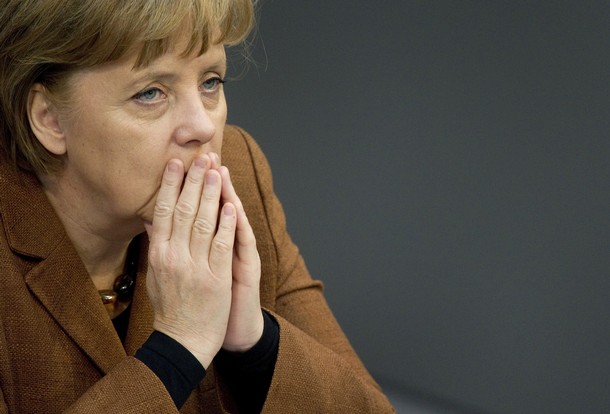 Her government’s shifts and pivots in an effort to avoid defeat in a regional election override in importance the loss itself. And they leave Germany’s governing coalition with a fracture in credibility affecting the country’s international role and notions of its leadership in Europe. …

Nuclear power became the biggest and most frightening issue for the state’s voters, while national polling on the Libyan intervention produced results suggesting a burst of German exceptionalism: 62 percent said the action was correct, while in parallel 65 percent insisted, with lotsa luck to its alliance pals, Germany must stay out. …

Patrick Adenauer, grandson of postwar Germany’s first chancellor and head of the Association of Family Enterprise — Christian Democrat roots don’t go deeper — told Handelsblatt, the newspaper: “The German reactions to the events in Libya and Japan appear hysterical on one hand, and on the other without any substantive basis.”

Hans-Ulrich Klose, the man Mrs. Merkel named last year as special coordinator for German-American relations (he has since left the post because of illness in his family), maintained that the situation damaged Germany’s reputation in Europe. The Social Democrat told me in a conversation that the election campaign’s pirouettes “raised the issue of our reliability. Germany has lost credibility.”

And in relation to America? Mr. Klose was too much a diplomat to comment.  (photo: Getty)