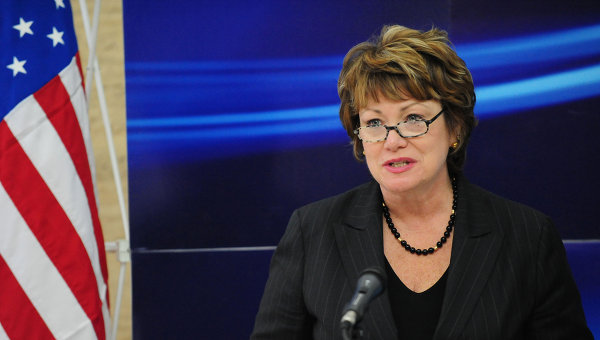 This progress was only possible because our NATO Allies embraced President Obama’s European Phased Adaptive Approach (EPAA), which is focused on protecting our European allies and deployed U.S. forces against the existing ballistic missile threats.

It has been a great privilege for me to have worked so closely with all of our Allies over the last couple of years to reach this point, especially my colleagues in Poland, Romania, Spain, and Turkey.

Because of their support and leadership, for which we are incredibly grateful, we were able to reach agreement on the basing of our missile defense assets in Europe.

As you know, last September, we made three big announcements.

Third, the U.S.-Poland agreement for the Phase 3 land-based site entered into force as well.

And then a few weeks later in early October, Spain agreed to serve as a home port for four Aegis destroyers.

As we like to say in the United States, that’s not bad for government work. . . .

At the same time as we are working with our NATO Allies, there is a tremendous opportunity to develop a meaningful strategic partnership with Russia in the area of missile defense cooperation.

Missile defense cooperation can achieve two very important objectives. First, it would allow Russia to see with its own eyes what we are doing on missile defense and it will give us time to demonstrate how our systems operate. . . .

[L]et me be clear. While we can work cooperatively together, we cannot agree to the pre-conditions outlined by the Russian Government.

We are committed to deploying effective missile defenses to protect the U.S. homeland and our Allies and partners around the world from the proliferation of ballistic missiles.

We will not agree to limitations on the capabilities and numbers of our missile defense systems.

We cannot agree to any “military-technical criteria,” that would, in effect, limit our ability to develop and deploy future missile defense systems that will protect us against regional threats such as Iran and North Korea.

If we can work together on European missile defense, and make this a subject for cooperation rather than competition, that would be a game-changer for our security relationship.

We understand that there are risks involved, and it takes courage to move away from familiar ways and long-held positions. We believe those risks are manageable.

The alternative is competition, something none of us can afford or want.