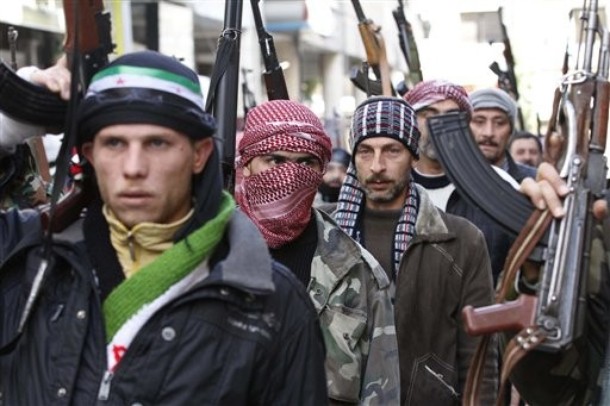 From John Irish, Reuters:  A narrow majority of French people would back a U.N.-authorized military intervention in Syria, a poll showed on Friday, a higher percentage than those who had supported the NATO mission that helped oust Libya’s Muammar Gaddafi. . . .

In a survey of 1,200 French people carried out by pollster IFOP for right-leaning information website Atlantico, 51 percent said they would support U.N.-backed military action in Syria.

Fifty-nine percent of opposition Socialist sympathizers would back the initiative, while 56 percent of supporters of President Nicolas Sarkozy’s UMP ruling were in favor.

"One of the reasons is the extent of the clashes and the number of victims which continues to climb in Syria and which as a result is pushing (the country) into a civil war," said IFOP’s deputy director for opinion polls Jerome Fouquet.  (photo: Getty)