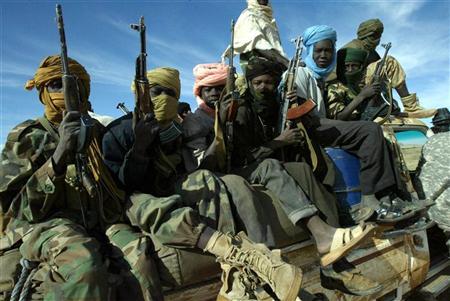 From Thom Shanker, New York Times:  A new intelligence assessment of global trends projects that China will outstrip the United States as the leading economic power before 2030, but that America will remain an indispensable world leader, bolstered in part by an era of energy independence.

Russia’s clout will wane, as will the economic strength of other countries reliant on oil for revenues, the assessment says.

The product of four years of intelligence-gathering and analysis, the study, by the National Intelligence Council, presents grounds for optimism and pessimism in nearly equal measure. The council reports to the director of national intelligence and has responsibilities for long-term strategic analysis. . . .

“There will not be any hegemonic power,” the 166-page report says. “Power will shift to networks and coalitions in a multipolar world.”

It warns that at least 15 countries are “at high risk of state failure” by 2030, among them Afghanistan and Pakistan, but also, Burundi, Rwanda, Somalia, Uganda and Yemen.

The study acknowledges that the future “is malleable,” and it lists important “game changers” that will most influence the global scene until 2030: a crisis-prone world economy, shortcomings in governance, conflicts within states and between them, the impact of new technologies and whether the United States can “work with new partners to reinvent the international system. . . .”

About 50 countries around the world will be at risk of internal conflict or wars with neighbors, the study says, most set off by increasing nationalism and border rivalries fought out in the absence of any regional security architecture to resolve them.

The risk of conflict within a state — like a civil war or an insurgency — is expected to decline in Latin America, but will remain high in sub-Saharan Africa, in parts of the Middle East and South Asia, and in some Asia-Pacific island hot spots, the study warns.