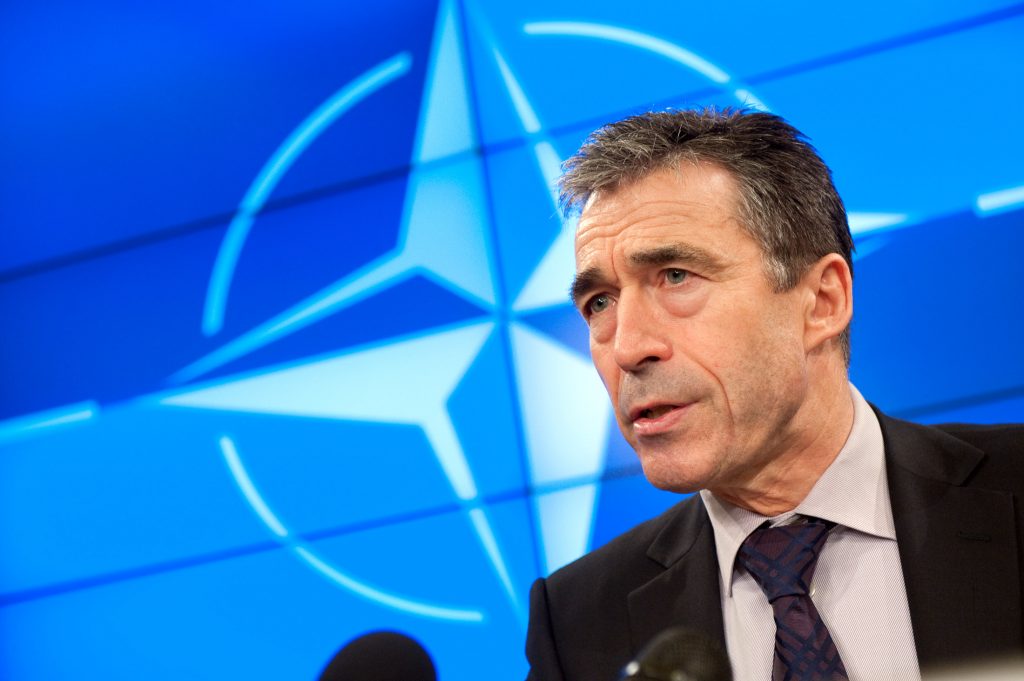 From Anders Fogh Rasmussen, NATO:  The mission in Libya has revealed three important truths about military intervention today. First, to those who claimed that Afghanistan was to be NATO’s last out-of-area mission, it has shown that unpredictability is the very essence of security. Second, it has proved that in addition to frontline capabilities, such as fighter-bombers and warships, so-called enablers, such as surveillance and refueling aircraft, as well as drones, are critical parts of any modern operation. And third, it has revealed that NATO allies do not lack military capabilities. Any shortfalls have been primarily due to political, rather than military, constraints. In other words, Libya is a reminder of how important it is for NATO to be ready, capable, and willing to act.

Although defense is and must remain the prerogative of sovereign nations, an alliance that brings Europe and North America together requires an equitable sharing of the burden in order to be efficient. Downward trends in European defense budgets raise some legitimate concerns. At the current pace of cuts, it is hard to see how Europe could maintain enough military capabilities to sustain similar operations in the future. And this touches on a fundamental challenge facing Europe and the alliance as a whole: how to avoid having the economic crisis degenerate into a security crisis. The way Europe responds to this challenge could determine its place in the global order and the future of security. . . .

Operation Unified Protector has shown that European countries, even though they spend less on their militaries than the United States or Asian powers, can still play a central role in a complex military operation. Indeed, after the United States, Europe still holds the world’s most advanced military capabilities. The question, however, is whether Europe will be able to maintain this edge in five or ten years.

This is particularly worrying when one considers the ongoing redistribution of global military power, a shift embodied in the relative decline of European defense spending compared to that of emerging powers or the United States. As European countries have become richer, they have spent less on defense. Since the end of the Cold War, defense spending by the European NATO countries has fallen by almost 20 percent. Over the same period, their combined GDP grew by around 55 percent. The picture is somewhat different in Asia. According to the Stockholm International Peace Research Institute, between 2000 and 2009, India’s defense spending grew by 59 percent, and China’s tripled. This led to a double leap forward: a transformation of these countries’ armed forces and their acquisition of new weapons systems. . . .

First, military might still matters in twenty-first-century geopolitics. The security challenges facing Europe include conflicts in its neighborhood, such as in Libya; terrorism from failed states further away; and emerging threats such as the proliferation of weapons of mass destruction and cyberwarfare. What defines these threats is both their diversity and their unpredictability. Investing in homeland security and retrenching will not be enough to counter them.

Nor will it be enough to rely only on soft power. Nobody is advocating a return to nineteenth-century gunboat diplomacy, but in an unpredictable environment, hard power can enable peace. Just as the presence of a police officer may deter a burglar, the projection of military power can help prevent and, in extreme cases, diminish threats, as well as ultimately open the way for political solutions. Events in Libya have underlined that although a military approach cannot solve a conflict on its own, it is a necessary tool in a wider political effort. Europe needs to build a strong continuum of hard and soft power so that it can respond to the full spectrum of crises and threats.

Second, new economic and military powers, such as Brazil, China, and India, are entering the field. It would be wrong to see their presence simply as a challenge to the West or to assume that they pose a military threat to NATO. After all, lifting hundreds of millions of people out of poverty benefits everyone. Those countries have little interest in overthrowing the global system on which their prosperity was built. Instead, Europe should welcome what these nations can offer to international security in terms of military capabilities.

If Europe is creating a security gap, then these powers could, in theory, reduce this gap. Yet this is unlikely to happen because the interests of these powers and the interests of Western ones may not coincide, and it is not certain that emerging powers have the same approach to addressing security challenges. In the case of Libya, for instance, although Brazil, China, India, and Russia consciously stepped aside to allow the UN Security Council to act, they did not put their military might at the disposal of the coalition that emerged. (China did dispatch a military vessel and planes to the region, but only to help evacuate its citizens.) The episode serves as a reminder that emerging powers’ interests will not necessarily coincide with Europe’s. The paradox, then, is that the global order enjoys more stakeholders than ever before and yet it has very few guarantors. Europe is still one of them, but for how long?

Third, the transatlantic partnership remains the main engine of global security. The partnership has been successful in sharing common goals and values, while boasting interoperable and rapidly deployable forces. But the United States is facing its own budgetary challenges, and as Libya has shown, Washington will not always take the lead when it comes to power projection. The United States will demand with an even stronger voice that Europeans assume their responsibilities in preserving order, especially in Europe’s periphery. But if European defense spending cuts continue, Europe’s ability to be a stabilizing force even in its neighborhood will rapidly disappear. This, in turn, risks turning the United States away from Europe. . . .

The economic challenges that European nations face are immense, but that must not prevent them from seeing the wider strategic picture. Uncoordinated defense cuts could jeopardize the continent’s future security. Libya can act as a wake-up call, but this mission needs to be followed by deeds. Making European defense more coherent, strengthening transatlantic ties, and enhancing NATO’s connections with other global actors is the way to prevent the economic crisis from becoming a security crisis.