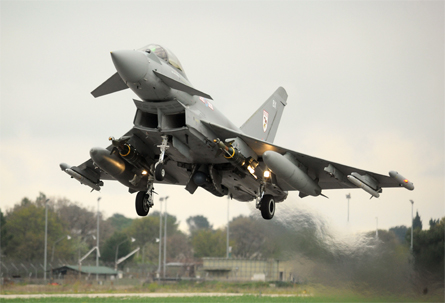 From Henry Meyer and Ilya Arkhipov, Bloomberg:  NATO and three alliance members said there are no plans for military intervention in Syria after Russia said it has information about preparations for a no-fly zone over the country.

Members of the North Atlantic Treaty Organization and some Persian Gulf countries are considering a repeat of the campaign in Libya, Nikolai Patrushev, the head of the Russian Security Council, told Interfax in comments confirmed by his office. Turkey, a NATO member, may play a key role and is working with the U.S. on a no-fly zone to protect Syrian rebels, he said.

There is “no discussion of a NATO role with respect to Syria,” NATO spokeswoman Carmen Romero said by phone from Brussels today. Turkish Foreign Ministry spokesman Selcuk Unal dismissed the Russian comments as “speculation” that has appeared before in the international media. The U.K. and France also denied any such plans. . . .

There is “no question” of military intervention in Syria, the U.K. Foreign Office in London said in an e-mailed comment today. “The situation in Syria is very different to the situation in Libya. We do not have a one-size-fits-all approach to foreign policy.”

The military option is “not on the agenda,” French Foreign Ministry spokesman Romain Nadal said by e-mail. . . .

Russia may have obtained intelligence about Western military plans in Syria or may be sending a signal that it will actively oppose any such efforts, said Fyodor Lukyanov, an analyst at the Council on Foreign and Defense Policy in Moscow.

“After the Libyan experience, Russia will do everything to stop this scenario from happening,” he said in a phone interview. “Syria is much more important than Libya from Russia’s point of view.”  (photo: Sgt. Pete Mobbs/Crown)