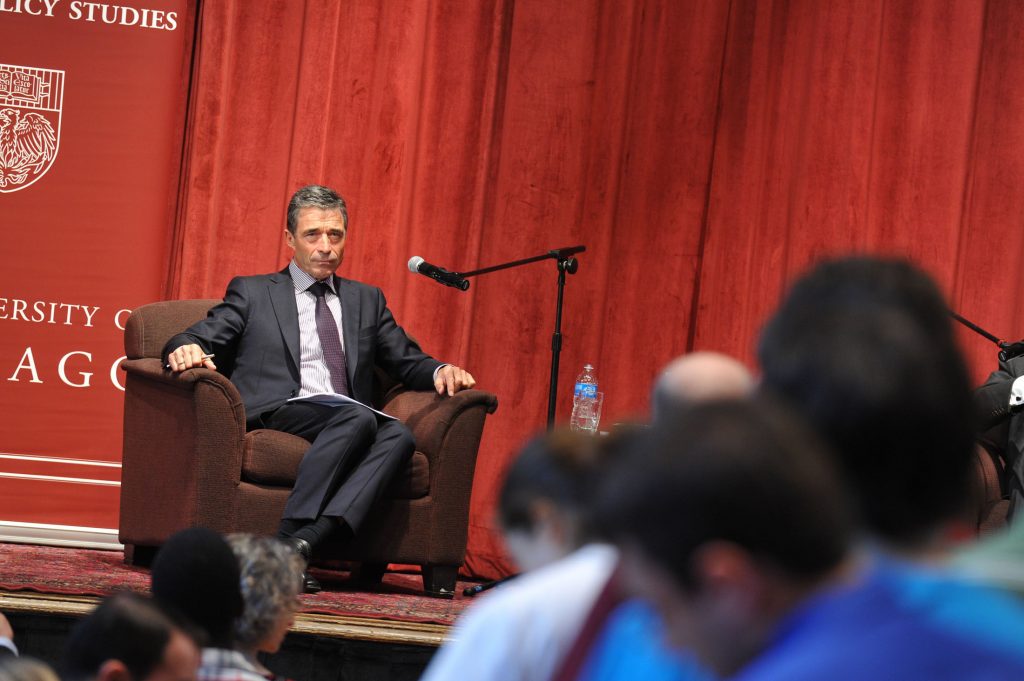 From Anders Fogh Rasmussen, NATO:  The NATO-Russia partnership must be rooted in realism and concrete cooperation – but it also needs a clear vision.

President Obama’s leadership in resetting the US-Russia bilateral relationship has brought us much closer towards that vision.

A real milestone was the entry into force earlier this year of the New START Treaty.  It will lead to a drastic reduction in the number of US and Russian strategic nuclear weapons.  This has given a strong push to our relations with Russia.

I believe we have another, great opportunity to advance our relationship with Russia through missile defence.  Today, over 30 countries have or are developing ballistic missile capabilities.  And several of these capabilities potentially pose a direct threat to our countries.

This is why NATO has decided to build a defence system against those missiles.  And we have invited Russia to cooperate with us.

What we have in mind is cooperation between two independent missile defence systems.  If we achieve this, it will be a tangible demonstration that NATO and Russia can build security together, rather than against each other.

The same vision must guide us on other important issues.  This includes negotiations on conventional forces in Europe, and on further reductions of nuclear weapons.

Those of us who remember the Cold War want a different future for our children and grandchildren.  A future where the mistrust and suspicion between NATO and Russia is consigned to the history books.  A future where we engage in frank dialogue, even if we sometimes disagree.  And a future where we cooperate effectively to meet our common challenges to fulfil the vision of a Europe whole, free and at peace.

I am convinced that this vision is well within our grasp.  And with the support of you and your great nation, we can make it a reality.