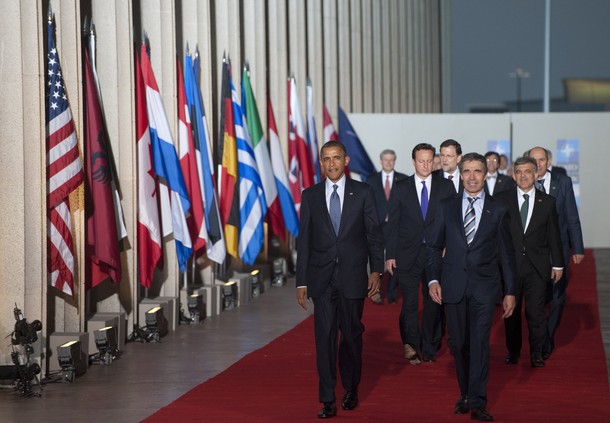 From Doug Bandow, CATO:  NATO fulfilled its Cold War role by deterring rather than sparking conflict. Yet if Turkey and Syria come to blows, the transatlantic alliance could turn into a transmission belt of war for America. . . .

Rasmussen said that Article 5, regarding use of military force in defense, had not been discussed. And he stated “It is my clear expectation that the situation won’t continue to escalate.” Wars have a way of happening unexpectedly, however. If Turkey attacks Syrian military units in their own territory, sparking retaliation by Damascus followed by a call from Ankara to NATO for support, the United States could find itself, however reluctantly, at war.

Alliances make sense when directed against an overwhelming outside threat. The Soviet Union constituted one. Syria does not.  NATO has turned into an association which drags members into everyone else’s wars, actually reducing collective security.