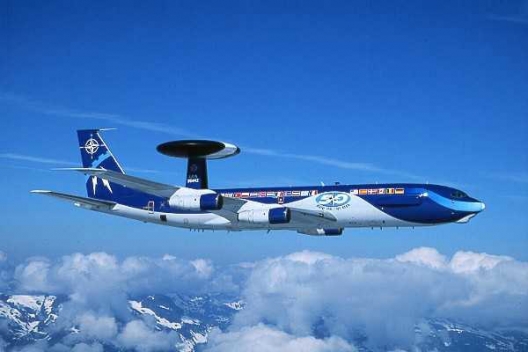 NATO must decide this year on whether and how to replace its ageing fleet of Boeing E-3 Sentry Airborne Warning and Control System (AWACS) aircraft, allied officials tell IHS Jane’s .

Forthcoming upgrade work will extend the fleet’s operating life to 2024 and possibly beyond to 2035, but the alliance will soon reach a crunch point to finalise a long-term decision on their replacement.

“A decision will need to be made by the end of this year about NATO’s post-AWACS situation,” an allied defence capability official told IHS Jane’s on 26 May.

“If there’s going to be a decision to replace them with something else by 2035 – whatever that something is – then that process has got to be launched soon.”

Any post-AWACS discussion will be dominated by two aspects: budget and desired capability, with the former weighing especially heavily on the allies. Already there is talk of reducing the 17-strong AWACs fleet to 14, and allied commanders are re-working their mission capability planning to reflect that, according to NATO military sources.

“Everyone is aware that the AWACS are getting old. They’re one of the major ISR [intelligence, surveillance, reconnaissance] decisions the nations have to address,” Tony White, a NATO press officer, said on 26 May.

NATO defence ministers will be looking at this during their 3-4 June meeting in Brussels and there will be a report for allied leaders as well when they gather for their next summit in Wales on 4-5 September.

With the reduction in the number of NATO’s AWACS, the 28 allies collectively would still have about 50 early-warning platforms. Moreover, the remaining NATO fleet is set to benefit from an upgrade programme to extend their current operating life to 2024. A contract to integrator Boeing for the work is expected to be signed before August “to bring these birds into the 21st century”, Rod Lammert, AWACS’ tactical director, said on 26 May.