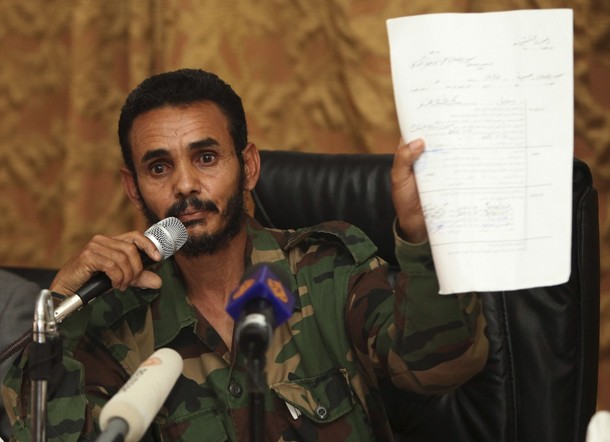 From James Grubel, Reuters:  NATO on Thursday joined international calls for Libya to release delegates from the International Criminal Court (ICC) detained in Zintan on allegations they had smuggled documents to the son of toppled dictator Muammar Gaddafi. . . .

In Canberra, NATO Secretary-General Anders Fogh Rasmussen said he hoped the ICC delegates would be released as soon as possible.

"I strongly regret that certain groups in Libya have arrest or withheld representatives of the International Criminal Court. I would urge them to release these individuals as soon as possible," he told reporters. . . .

But those holding the ICC group are outside the control of the central government in Tripoli and want to hold the ICC members for at least 45 days while they are investigated for allegedly passing letters to Saif al-Islam from his fugitive right-hand man, Mohammed Ismail.  (photo: Reuters)