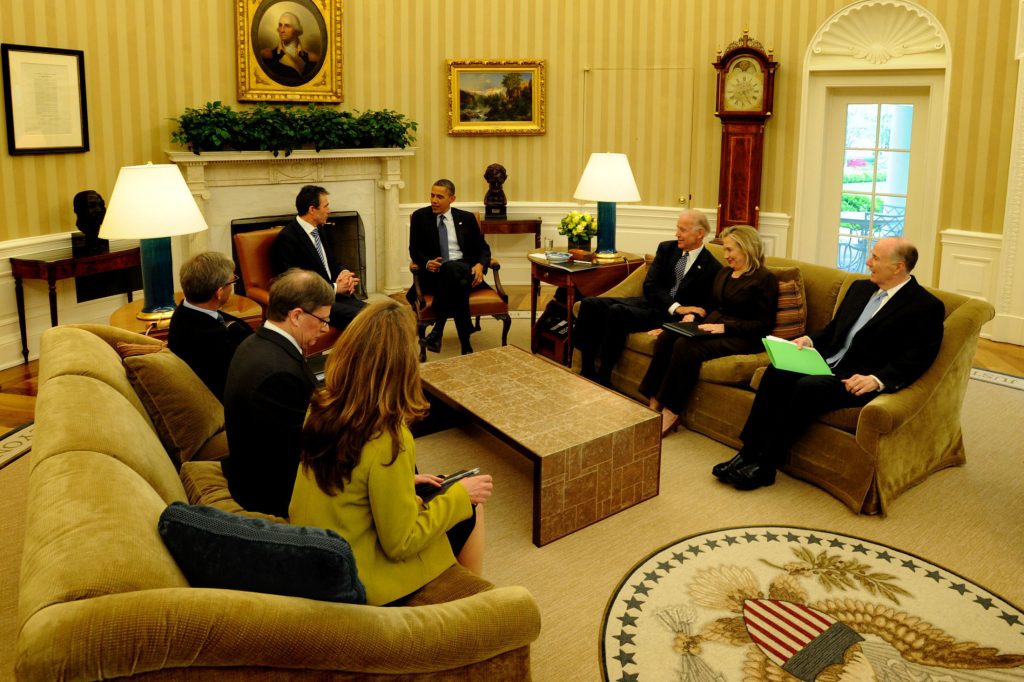 From NATO:  NATO Secretary General Anders Fogh Rasmussen held talks to prepare for this month’s Chicago Summit with US President Barack Obama at the White House on 9 May 2012. The Secretary General and the US president discussed the summit agenda ahead of the 20-21 May high-level meeting which will be NATO’s largest summit, gathering representatives from around 60 nations and organisations.

The Chicago Summit will focus on three key priorities: Afghanistan, capabilities and partnerships.  "At the summit we’ll discuss the next phase in our engagement in Afghanistan, how we can provide security in a time of austerity and how we can further strengthen our partnerships around the world". Mr. Fogh Rasmussen said. “We agreed we’re in good shape,” the Secretary General said after his talks with the US President. “Chicago will show the strength of the transatlantic link between North America and Europe.”

During his visit the Secretary General praised the pivotal role played by the United States in the 28-nation Alliance and expressed thanks on behalf of the Allies to the US for hosting the Summit in Chicago.  The summit, which is being held in the US state of Illinois, will be the third time that NATO holds such a gathering in the United States.“The United States is vital to our Alliance,” Mr. Fogh Rasmussen said. “Your service men and women are doing an extraordinary job in Afghanistan – and in all our operations.”

He stressed during his visit that NATO remains the most effective Alliance in the world and this would be reinforced in Chicago.“We will make sure it stays strong and fit for the future,” said the Secretary General, adding that all Allies shared the security burden of membership. “In some operations like Afghanistan, the US has made the largest contribution. In others, like Libya, European Allies and Canada took the lead. They contributed the most assets,” said Mr. Fogh Rasmussen.

The Secretary General added that on Afghanistan, NATO "will make sure we successfully complete the transition to Afghan security lead by the end of 2014, and we will make clear continue to support the Afghan security forces after 2014.”

During his visit to Washington, the Secretary General also met with members of the Senate Foreign Relations Committee at the US Congress, to thank them for their commitment to the Alliance and discuss the summit agenda and priorities.  (photo: NATO)