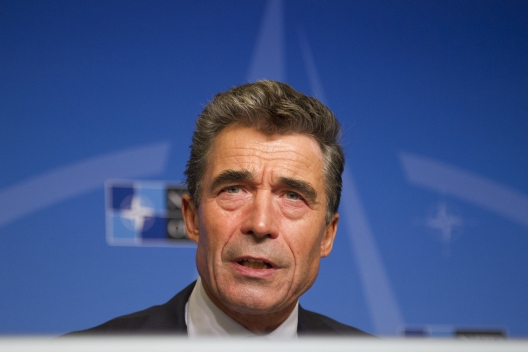 The 28 European Union leaders meet Thursday and Friday in the first summit dedicated to defence since 2008, trying to balance tight budgets against the ever rising cost of military hardware.

It is expected they will agree to invest in drones and air-to-air refuelling, key assets which the NATO-led Libya campaign of 2011 showed were lacking in Europe’s arsenal and forced it to rely on the United States at key points in the conflict.

Duplication is a waste.

“We need complementarity … for instance, if European nations give priority to developing an air-to-air refuelling capacity there is no reason for NATO to do the same,” he said. . . .

Rasmussen said he thought it was legitimate that Washington asks its NATO allies to foot more of the bill.

“Personally I agree. I think Europe could do more and in that respect I welcome” the EU summit.

“I hope the outcome will be a stronger European commitment to investing in necessary military capabilities,” he reiterated.