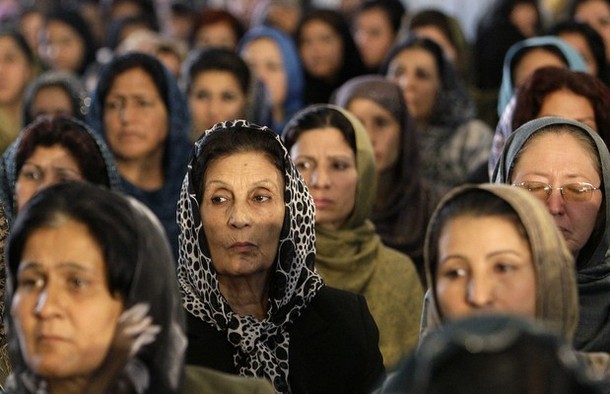 From Reuters:  NATO will support a political deal between the Afghan government and the Taliban only if it respects the constitutional rights of women, the alliance’s secretary-general said on Friday.

"The Afghan government is trying hard to engage with those Taliban who are willing to stop fighting," NATO Secretary-General Anders Fogh Rasmussen said in a speech to a conference on women and security.

"My position, and the position of all the allies, is very clear: we will never support any political deal that sacrifices the rights that Afghan women now have enshrined in the constitution," Rasmussen said.  (photo: Reuters)