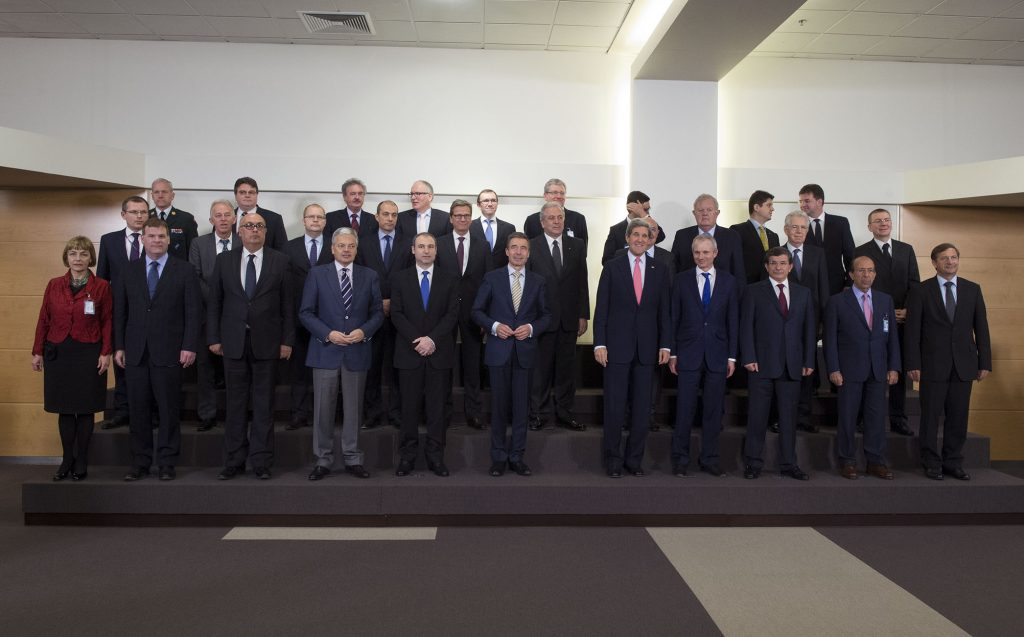 From NATO:  NATO Foreign Ministers condemn in the strongest possible terms the continued development by the Democratic People’s Republic of Korea (DPRK) of ballistic missile and nuclear weapons programmes, and its recent inflammatory and threatening rhetoric.

North Korea’s provocative actions are in direct violation of UN Security Council resolutions and seriously undermine regional stability, jeopardise the prospects for lasting peace on the Korean Peninsula and threaten international peace and security. We welcome the UN Security Council’s unanimous adoption of Resolution 2094 in response to the DPRK’s February 12 nuclear test.

We confirm our commitment to lasting peace and the goal of the verifiable denuclearisation of the Korean Peninsula in a peaceful manner. We urge the DPRK to refrain from further provocative acts. It must abide by its obligations under all relevant UN Security Council resolutions; return to the NPT and its IAEA safeguards agreement; comply with its commitments in the September 2005 Joint Statement of the Six-Party Talks; abandon all nuclear weapons and existing nuclear and ballistic missile programmes in a complete, verifiable and irreversible manner; and engage in credible and authentic talks on denuclearisation.