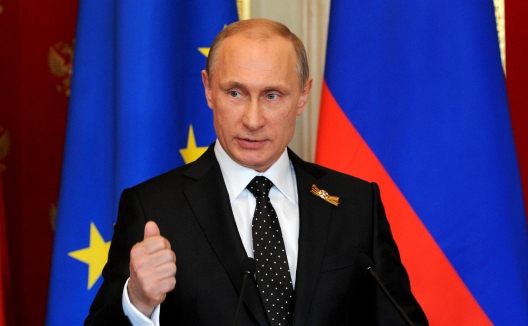 What must NATO do to counter President Putin? Maskirovka is the traditional Russian use of military deception and Russia’s seizure of Ukraine-Crimea and incursion into eastern Ukraine is just the beginning of a new multi-dimensional Russian challenge to NATO and the West. Moscow has established a new level of ambition – strategic Maskirovka – by which disinformation is applied against all levels of NATO’s command chain and wider public opinion to keep the West politically and militarily off-balance.

First, NATO’s strongest military powers must demonstrate the will and the capacity to meet the Russian challenge. Second, NATO, an alliance of democracies, must re-establish itself at the core of a world-wide web of secure, mutually-reinforcing democracies anchored on the United States. Third, defence expenditure of all the NATO allies must move towards 2% GDP and quickly. Fourth, the Alliance must mean what it says. Strategic unity of effort and purpose is key to deterring Russia. Fifth, Europeans must take the lead in efforts to convince President Putin that Russia has nothing to gain from such an aggressive strategy.

President Putin is an opportunist. He believes that the West is decadent and declining and that his use of strategic Maskirovka can keep the Allies sufficiently divided and politically offbalance to enable him to achieve his primary strategic objective: the creation of a new Russiancentric sphere of influence around Russia’s borders and the ending of ‘frozen conflicts’ in Eastern Europe and Central Asia in Russia’s favour. Putin also believes that whatever weapons systems NATO has at its disposal, Europeans are so weak and divided that little or no military action will ever be taken against him. Putin may be right and his gamble (for that is what it is) could pay off if the Alliance does not stand firm and act together….

Image: Russian President Vladimir Putin, May 10, 2015 (photo: Office of the President of Russia)