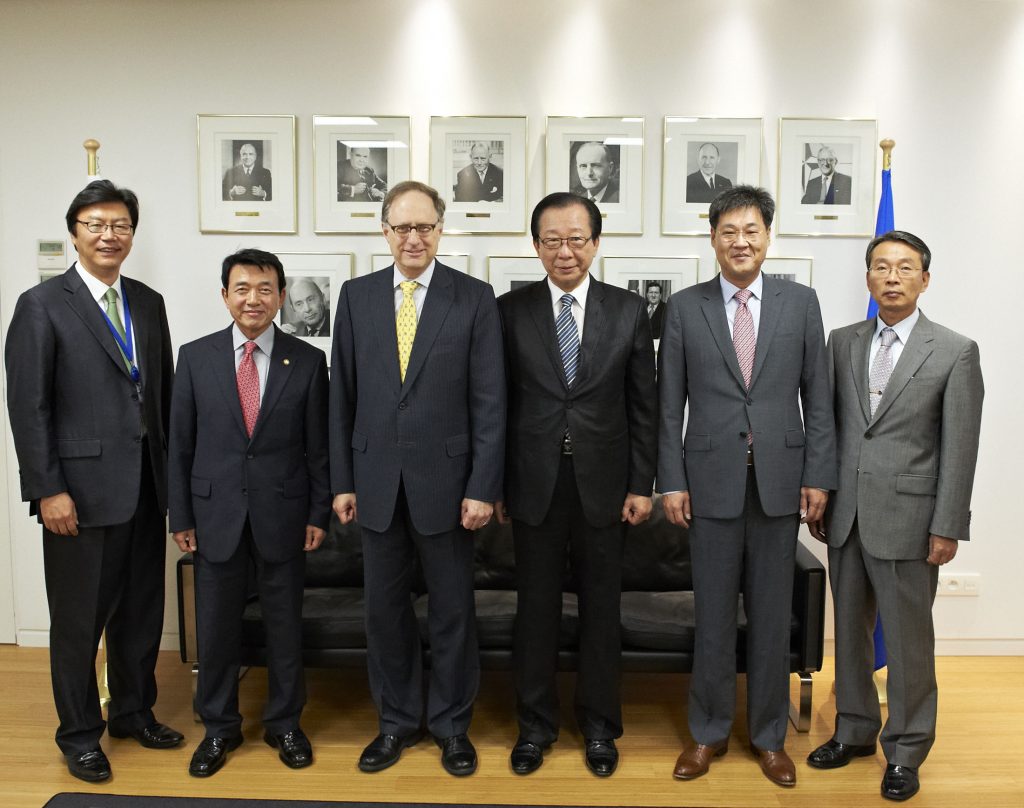 From NATO:  NATO Deputy Secretary General Ambassador Alexander Vershbow praised the Republic of Korea’s valuable contribution to global security in talks with a high-level delegation from the country’s National Assembly on Tuesday (7 August 2012).

Ambassador Vershbow, in his meeting with the delegation of Korean lawmakers and diplomats, welcomed the development of enhanced dialogue and cooperation between the Asian country and NATO, in pursuit of mutual benefit. The meeting also focused on the Alliance’s Chicago Summit and the situation in Afghanistan.

“South Korea is an important partner across the globe for NATO,” said Ambassador Vershbow. “We hope to continue and bolster our cooperation in the future.”

The Republic of Korea currently has 426 personnel deployed in Afghanistan based at the Korean-led Provincial Reconstruction Team (PRT) in Parwan Province. The country is an important donor as well, having donated more than €36 million to the Afghan National Army Trust Fund. The Republic of Korea also participated in NATO’s Chicago Summit in May where Allies met with all ISAF partner nations.

A nine-member delegation, led by Mr. Hong Joon Ahn, Chairman of the Foreign Affairs, Trade and Unification Committee of the Republic of Korea’s National Assembly, took part in the visit.

The delegation included Mr. Moonhun Chung, the Deputy Chairman of the Foreign Affairs, Trade and Unification Committee, Mr. Jae Kwon Shim, who is also a member of the committee and Mr. Chang Beom Kim, the Republic of Korea’s Ambassador to Belgium and the European Union. Parliamentarians from the two main Korean parties were represented in the delegation. (photo: NATO)