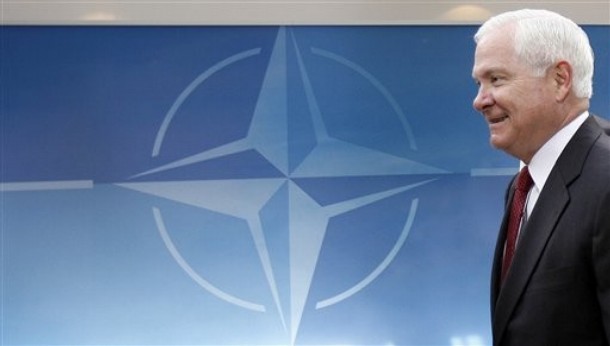 From the Editors of the Boston Globe:  The North Atlantic Treaty Organization is losing its coherence, and not just because European allies are shirking their obligations. Outgoing Defense Secretary Robert Gates wasn’t exaggerating when he warned NATO members recently in Brussels that “there will be dwindling appetite and patience in the US Congress — and in the American body politic writ large — to expend increasingly precious funds on behalf of nations that are apparently unwilling to devote the necessary resources or make the necessary changes to be serious and capable partners in their own defense.’’ American impatience with unequal burden-sharing is certainly justified. But Gates failed to acknowledge other reasons why the alliance is drifting into what he called a “two-tiered’’ structure. . . .

Gates is right to say that if the Europeans want to maintain the US role in NATO, they must contribute their fair share. But if they want to preserve the Atlantic alliance, US leaders will have to work out an agreement with their European partners on the aims and limits of NATO in the twenty-first century.  (photo: AP)