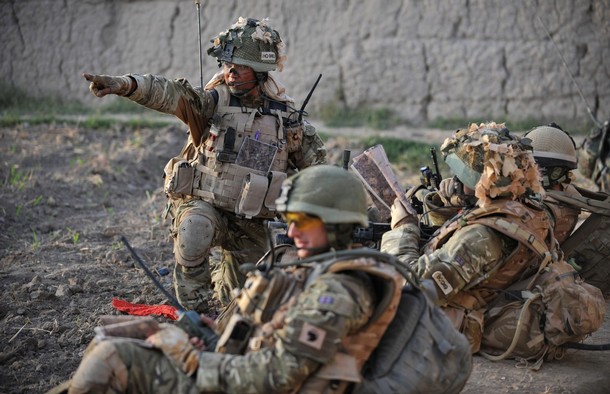 From Deb Riechman, the AP:  U.S. and Afghan troops seized a key Taliban figure after a four-hour gunbattle – part of a strategy that NATO officials said Thursday had eliminated more than 100 insurgent leaders in the past four months.

The campaign to disrupt the Taliban’s midlevel command structure is moving into high gear just as a new Afghan government is poised to offer economic incentives to lure low-level foot soldiers off the battlefield – a twin approach to pressure the Taliban’s top echelon into seeking peace. …

Surprise attacks against the Taliban leadership are carried out mostly by U.S. special operations troops, whose numbers in Afghanistan have tripled in the past year. Between April 1 and June 25, 110 Taliban figures, including shadow governors, commanders and their deputies and bomb makers, have been captured and 32 killed, according to Lt. Col. John Dorrian, an operations spokesman at NATO headquarters in Kabul.

He said another 500 insurgents have been killed or apprehended in the nearly daily operations – largely in the south where the Taliban are strongest.

"Intelligence is reporting that the insurgency is having difficulty replacing the leaders who have been taken off the battlefield," NATO chief spokesman Brig. Gen. Josef Blotz said. "One insurgent recently captured told the assault force that captured him that he was … tired of running. …"

As efforts to dismantle the Taliban’s midlevel leadership structure intensify, the Afghan government is working to persuade the lower-level Taliban fighters to lay down their weapons and return to their villages. This week, President Hamid Karzai signed a decree to launch the Afghanistan Peace and Reintegration Program, offering protection, jobs, literacy and vocational training plus development aid for their villages.

NATO officials and Mohammad Masoom Stanekzai, a top Karzai adviser who crafted the program, have said that insurgents in seven of Afghanistan’s 34 provinces – Herat, Helmand, Uruzgan, Paktia, Baghlan, Balkh and Day Kundi – have expressed interest in signing up for the reintegration program.  (photo: Getty)