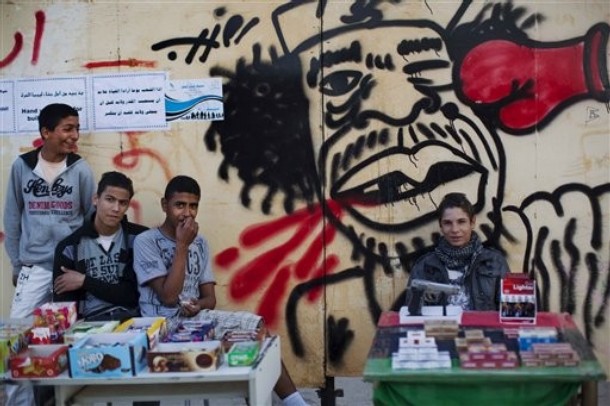 From Robert Haddick, Foreign Policy:  NATO’s bombardment strategy is now likely more focused on applying political and psychological coercion against the regime rather than inflicting battlefield damage against military forces. . . .

But it may not be working fast enough for some NATO leaders. Gen. David Richards, Britain’s top military commander, called for expanding the list of acceptable targets. Richards wants to add "infrastructure" targets to NATO’s lists. Traditionally, attacks on classic infrastructure targets such as bridges, roads, power plants, and telecommunication systems are designed to isolate an adversary’s ground forces, making them more vulnerable to defeat on the battlefield. But attacks on such targets are simultaneously devastating to the civilian population, which is why they have been avoided thus far in the Libyan campaign.

Richards may be hoping to reprise the strategy used effectively against Slobodan Milosevic during the 1999 Kosovo air campaign. As I discussed in an earlier column, NATO faced a similar stalemate during its bombing campaign against Serbia. It then expanded its attacks against Milosevic’s lieutenants and the economic assets inside Serbia valued by those lieutenants. This change in tactics created enough pressure inside the ruling inner circle to force Milosevic to succumb. Richards’ definition of "infrastructure" may have these regime leadership assets in mind. . . .

But it hasn’t been enough to break the stalemate. NATO may now be willing to double down on the coercive air campaign it is aiming at Qaddafi. Whether it can do that without increasing the suffering of the broader population is another question.  (photo: AP)